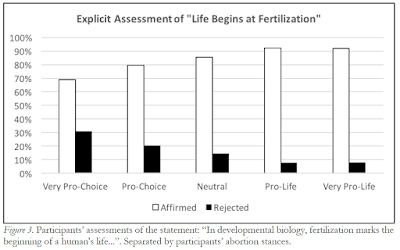 If you haven’t already, you should really read Biologists’ Consensus on ‘When Life Begins’, a dissertation by Steve Jacobs out of the University of Chicago. This blog post is going to be long, so here’s the summary:

If you want more details, read on.
A scientific or philosophical question?

There’s a lot of communication breakdown in the abortion debate because “when life begins” can be either a scientific or philosophical question (or, as Jacobs puts it, a descriptive or a normative question). Often, people switch between these two approaches without even noticing. For example:

A human life begins at fertilization, so fetuses deserve legal protection throughout all of pregnancy.

This argument starts with a scientific fact and ends with a philosophical position without explaining how the speaker went from the first to the second. Here is sort of the reverse:

No one has the right to use another person’s body, so the fetus isn’t really a separate life until viability.

The speaker starts with a philosophical position and tries to use it to assert a scientific claim. Both examples are sloppy, slipping between science and philosophy without noticing or talking about it.

Jacobs decided to dig deeper into this communication breakdown. Do most Americans think the beginning of human life is a biological question or a philosophical one? Do they think the question matters in terms of the abortion debate? Who would they consider authoritative sources on this question? And what do those in authority (according to American opinion) think the answer is?

Our philosophical views stem from our scientific understanding

Before Jacobs explains his methodology and results, he does a great job reviewing how our society has traditionally viewed the interplay between science and philosophy on this issue. He cites historical examples demonstrating that people have generally believed that the philosophical (normative) flows from the biological (descriptive): whenever we know, scientifically, that we are dealing with a human life, we should protect that human. This was true even when people weren’t sure about fetal life until they could feel the baby kick: once they could feel that kick, they thought that life should be protected. And when we learned the human in the womb was alive quite a bit earlier, we outlawed abortion quite a bit earlier.

Even in Roe v. Wade, this connection between science and philosophy didn’t change: SCOTUS didn’t say “Yes, of course the embryo is a human life but abortion should be legal anyway for XYZ reasons.” Instead SCOTUS asserted that we can’t know when human life starts, and only with that lack of knowledge can we justify abortion. During oral arguments the justices and attorneys involved openly acknowledged that if we recognized the fetus as a human person, Roe v. Wade would have been “almost an impossible case”:

Justice Potter Stewart: Well, if it were established that an unborn fetus is a person within the protection of the Fourteenth Amendment, you would have almost an impossible case here, would you not?

Ms Weddington [attorney representing Jane Roe]: I would have a very difficult case.

Justice Potter Stewart: You certainly would because you’d have the same kind of thing you’d have to say that this would be the equivalent to after the child was born.

Justice Potter Stewart: If the mother thought that it bothered her health having the child around, she could have it killed. Isn’t that correct?

Courts and lawmakers have a long and consistent history of using a fetus’ developmental landmarks to form their view on when a fetus is classified as a human, which they then use as the bright line that separates legal abortions from illegal abortions.

In other words, historically the biological question of when human life begins has mattered a lot to society, especially in terms of abortion. But does it still?
Yes, it does.

Most Americans think “When does a human’s life begin?” is an important question, best answered by biologists.

Jacobs surveyed 2,899 American adults. Here’s a quick overview of the questions and results:

It’s worth noting that the sample of Americans surveyed were mostly pro-choice (63%) and still the vast majority viewed when life begins as a biological question that was important to the abortion debate. Also worth noting—to my mystification—more than half (56%) of those who chose biologists as the relevant experts believed the biologists’ input would strengthen the pro-choice side of the abortion debate.
Wha…? How? What great scientific ignorance makes people think that input from biologists will make the pro-choice view make more sense? I recognize I must be really stuck in my worldview here, because it’s hard for me to imagine what they thought the biologists would say—perhaps some made-up crap about how embryos don’t have hearts or there’s no consensus on when life begins. I mean to be fair, given the rampant purposeful misinformation pushed by abortion rights activists masquerading as disinterested scientists, I can hardly blame the non-scientific pro-choice public for believing science is on their side.
And yet—surprise!—biologists did have a consensus, and nope, it did not strengthen the pro-choice side.

The vast majority of biologists—even most pro-choice biologists—affirm a human life begins at fertilization.

Most participants wrote about various points during pregnancy: when the sperm fertilizes the egg, when the zygote implants in the uterus, cell differentiation, neurogenesis, the first heartbeat, the first brain waves, the first pain response, fetal viability, and birth.

Jacobs categorized every answer that was after fertilization but before viability as “pre-viability.” The results, broken down by the biologists’ abortion stances, are as follows:

I assume this means we can now add “life begins at conception” to the pro-science memes, right? 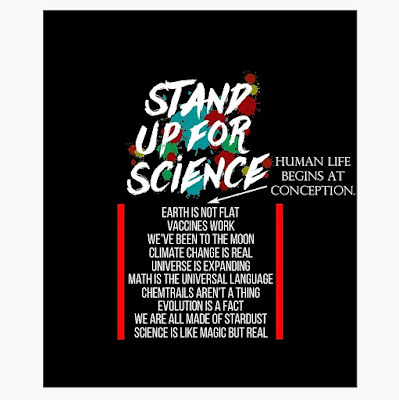 A Pro-Life Response to “The unscientific nature of the concept that ‘human life begins at fertilization,’ and why it matters”
0 replies

Instead of abortion or adoption, what about kinship caregiving?