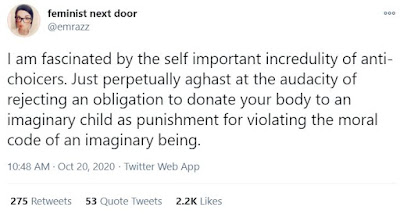 In early 2019, I miscarried one of my twins. I had already known how common miscarriage is, and I suspected that when I began talking publicly about my miscarriage, people I’ve known for years would quietly let me know they had also had pregnancy losses. It was bittersweet for that prediction to come true; their understanding and support meant a lot to me, but I was sorry to learn of their own heartbreaks.

It helped me process to talk about my lost babe with others who have been through it. I joined some online support groups for pregnancy loss where I found additional consolation and connection. Miscarriage is common, but people don’t speak about it much publicly. As I talked privately with so many other women about their losses, I began to see why.

First, many women feel guilty that they miscarried; they worry that some action they took caused their miscarriage, even though there’s usually no reason to believe that’s the case. Some even think the miscarriage is some kind of fate—a punishment for some past mistake or a reflection of their inability to parent. It’s terrible. Grief is hard enough on its own, without added layers of guilt and shame.

Second, many women worry their grief is stupid or irrational. They experience a lot of gaslighting—nearly all of it, I think, unintentional—from medical personnel, friends, and family. And the lack of compassion seems to get more pronounced the earlier in pregnancy we miscarry.

Research has found that “gestational age was not shown to affect the degree, intensity, or duration of the grief, anxiety, or depression” for mothers who had miscarried, and yet one of the hallmarks of early miscarriage is “the minimization of the loss by others.” My pregnancy loss groups regularly feature posts lamenting when loved ones make well-meaning but dismissive comments (“You can always try again.” “At least you weren’t further along.” “At least it wasn’t an actual baby.”)

Even therapists don’t always react appropriately. I lost my babe around 6 weeks. The first counselor I saw commented about how that gestational age is “super early.” During our session she mentioned more than once that I may find my grief over miscarrying is a surface emotion for other, deeper issues—seeming to imply losing a baby, on its own, wouldn’t normally warrant this much anguish. At the end of our session, she said “Well I’m glad to work with you, and we can work on processing your… well I guess it’s like a miscarriage, isn’t it?” (I did not continue seeing her.)

These responses are tragic but not especially shocking. Thanks to our fiery, never-ending national abortion debate, there are countless voices loudly and incessantly insisting that human embryos and fetuses are not babies. Worse, they often go further and imply that viewing preborn humans as children is ignorant or superstitious. Example:

This kind of condescension insults and silences people (pro-choice and pro-life alike) who grieve their miscarriages as the deaths of their children.

In an article about miscarriage and post-traumatic stress, the BBC interviewed a woman whose reaction underscores the problem:

Toni Edwards-Beighton, 36, says she felt she was losing her mind after a miscarriage in 2016. “I felt my grief was wrong because it wasn’t a real baby – but I was in complete shock,” she says. … “It wasn’t ’tissue’ to me, it was our baby,” Toni says.

My miscarriage broke my heart, but stories like the above make me grateful I have so many pro-life friends and family. I have people in my life who affirm the value and significance of my lost babe not merely as a potential child who will not come to be, but as my actual child, once living and now gone. I have never felt my grief is misplaced or irrational. I have never struggled to reconcile my overwhelming instinct about the reality and value of my child with cultural messaging or social circles persistently arguing otherwise. I have had four children; three of them are with me now, and one is gone. The grief is difficult, but I’m thankful I don’t have to also navigate the gaslighting.

Unfortunately, in addition to dealing with dismissive comments in their interpersonal relationships, people struggling through miscarriage often also encounter insensitive responses from the medical community.

In her recent article “Hospital attitude adds to couple’s heartache,” Sarah Terzo highlights these themes. Lindsey and April Woods lost their daughter through miscarriage in the second trimester, and their grief was only compounded when medical staff repeatedly referred to their baby as “tissue” and—only after persistent requests—provided their daughter’s remains for burial in a bright orange biohazard bucket.

This apparently indifferent approach has been all too common in medical settings. In 2010, Critical Care Nursing Quarterly published “Proof of life: a protocol for pregnant women who experience pre-20-week perinatal loss,” in which the authors conducted a literature review and found there were no protocols for the emotional care for women who experience pregnancy loss prior to 20 weeks gestation. The authors suggested options for better respecting the experience of loss (such as offering a prayer, moment of silence, naming ceremony, referral for perinatal support groups, etc.). But implementation of such protocols has been slow. A 2017 article in the Journal of Perinatology explained that, in an emergency room setting, women under 20 weeks gestation who miscarry get appropriate physical care, but “psychological and bereavement support they need is provided less consistently, or, more often, not at all.” The research found that when women do not receive appropriate emotional and psychological support, their grief is deeper and longer-lasting, and their losses are more likely to trigger unresolved grief and depression during subsequent pregnancies. In contrast, providing proper emotional support to women who have miscarried improves both their mental health outcomes and medical personnel’s work satisfaction.

To that end, in the last few years key stakeholders in emergency room management and pregnancy loss bereavement have worked together to create a position paper addressing care for women miscarrying—at any gestational age. The paper details best principles and practices, emphasizing sensitive and dignified care for the family such as offering bereavement care and culturally competent options for disposition of the child’s remains.

This is a step in the right direction, and I’m hopeful more medical staff can access the education and training needed to better care for people mourning miscarriage. I’m less optimistic about positive changes in our culture as a whole. It’s difficult to see how the abortion rights narrative—that prenatal life is effectively irrelevant—can coexist with our lived experiences of our offspring alive, then gone. I expect as long as so much of society is incentivized to dehumanize our children, my pregnancy loss groups will continue to have posts like this:

The religious diversity of the pro-life movement