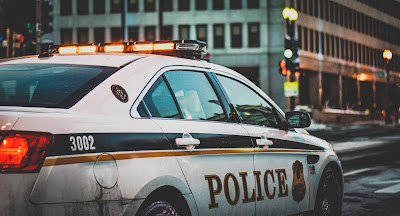 Sometimes pro-choice people claim that outlawing abortion would mean the state will investigate every miscarriage as potential murder. Pro-lifers counter that natural death (miscarriage) is not equivalent to purposeful killing (abortion). This reply is obviously true, but it doesn’t really address the concern. At minimum, early miscarriage and medication-induced abortion look physiologically the same. If the latter is illegal, would the authorities need to investigate both to try to determine whether the law was broken?

The answer would depend on the details of legislation outlawing abortion. Laws that assign penalties to abortion providers but not abortion seekers—and particularly laws that explicitly exempt women seeking abortion from criminal and civil liability—would not require authorities to investigate women, whether they miscarried or aborted. But laws that penalize women seeking abortion might be a different story.

Most pro-lifers—including the women who run Secular Pro-Life—don’t believe penalties for abortions should focus on the women seeking them. There are some pro-lifers who disagree, however, and argue that if abortion is illegal each woman who obtains one should be investigated, receive due process, and be charged if applicable. There are several reasons I disagree with this approach. Such a legal structure ignores pervasive cultural miseducation that leads many people to believe falsehoods about the nature of the entity they’re aborting. It also downplays significant pressures that push many women to seek abortion in the first place. And the setup would make it much more difficult to identify and prosecute abortion providers. (I go into a lot more detail about these ideas in this post.) And none of that even gets into strategic questions about whether proposals that would penalize providers versus those that would penalize women have a better chance of actually becoming law.

In addition to these problems, laws that penalize women are more likely to be used to investigate miscarriages. Women who miscarry are already inclined to incorrectly believe the miscarriage is somehow their fault and to struggle with guilt on top of grief. Investigating miscarriage would add fear and false legitimacy to their guilt. I’ve written before about the trauma miscarriage can cause, and to compound that trauma with police investigations would be unbelievably cruel and destructive. It would likely also have a chilling effect on women seeking help with managing miscarriage or even managing pregnancy, since only miscarriages of known pregnancies could reasonably be investigated.

Investigating miscarriage would also waste a breathtaking level of resources. Numbers will vary depending on what year you examine, but here is a back-of-the-envelope calculation:

And even if the miscarriage investigations were simplified to cursory surveys of what happened, the sheer number of instances would require exorbitant time and resources to investigate and clear hundreds of thousands of innocent women. And because, like any system, the judicial system has an error rate, some nonzero number of women who miscarry would be not only investigated but jailed and/or charged with crimes. There are already recent examples in the U.S. of misapplying laws to prosecute women who have just experienced pregnancy loss.

Elective abortion kills innocent humans, and it should be illegal. But the laws against abortion should focus on people providing, not seeking, abortion, and the problems of investigating miscarriage are another reason why.

“I’m here to listen, not to judge.” Interview with a young Catholic sidewalk counselor

Book Review: “I Can Hear Music”