Last year before the San Francisco Walk for Life, Monica (SPL co-leader) gave a brief speech about “comfortable” pro-choice people, essentially outlining the most ubiquitous myths that allow people to be comfortable with the pro-choice political position. [And she did this speech before pro-choice people started insisting embryos don’t have hearts.] You can watch the video here and/or read the transcript below. Sources are linked in the transcript.

Kinda over the other kind of conversation though—and by that I mean conversations with who I’ve started to think of as the casual, comfortable pro-choice person. And by that I mean people who—this isn’t a top political topic for them; it’s not something that they know a lot about or dig into a lot, but they still identify as pro-choice because they’ve picked up on the idea that that is the right side to be. The right side of history, the side of progress and freedom of religion and equality. And so even though they don’t know a lot about the situation, it doesn’t stop them from being kind of scandalized that I think…whatever it is I think, they don’t actually have any idea, but it probably involves hating women or something. And so they sort of clutch their pearls at the fact that I’m against abortion. They talk to me as if I owe them an apology or an explanation, even as they say many nonsensical things that they can’t back up in any way.

So, for example, many people have no understanding of American abortion law. I can’t tell you how many people have told me that abortion is illegal after the first trimester. That’s not true literally anywhere in the country. Even in the most restrictive state—Mississippi—you can get a non-medical abortion until the 5th month, okay? They think that anti-choice forces are bringing us into the dark ages. They don’t realize we have some of the most liberal abortion laws in the world. We are 1 out of only 7 countries where it’s legal to get a non-medical abortion after 20 weeks—right there with North Korea and China. They don’t realize that Roe v. Wade makes us this way. They think that all Roe v. Wade did was made abortion a legal option. Actually what it did was make it almost impossible to have any kind of restrictions before viability, which is about 6 months into the pregnancy.

And even if they believe me when I tell them that, it doesn’t shock them because they don’t know anything about fetal development at 6 months into the pregnancy! These are the same people who will tell me that biology—not philosophy—biology doesn’t tell us when life begins, which is complete anti-science nonsense. They’ll use the phrase “clumps of cells” as if we’re aborting amorphous spheres of genetic material instead of small humans with heartbeats and brain waves and organ systems. And if you show them video footage of Planned Parenthood harvesting those organs, they’ll just say “Heavily edited! Heavily edited!” over and over again, even though there’s no evidence that part was heavily edited. They don’t know what they mean when they say that. There’s no evidence of audio manipulation, and Planned Parenthood itself doesn’t even deny that they take organs from late-term fetuses. But sure, they’re taking brains and livers from “clumps of cells.”

And if they believe that part, they still think that it’s only because late-term abortions are done for severe medical reasons. So even if, yes, they take those, it’s from a tragic situation that had to happen anyway so at least it’s useful, right? Unfortunately, the research actually shows that even at 21 weeks or later, 80% of these abortions are not done for health-related reasons. It is a pleasant fiction to think that we are tearing children apart limb from limb only in the most tragic and dire situations. The reality is far less…comfortable. We even have abortion providers—and they’ll talk openly, in interviews, publicly, about how in third trimester they will abort healthy, viable babies. But the comfortable pro-choice people don’t want to talk about that, or hear it at all.

And even if they believe me when I point out that we’re killing small humans, that are abortion laws are insane, and that late-term abortion is not usually for health reasons, what is the comfortable pro-choice person supposed to do? They can’t be on our side! We’re the side of the old, rich, white conservative Christian men, right? Unfortunately that’s not really real either. Actually young people are just as likely to be against abortion as our parents and our grandparents. Poor people are more likely to be against abortion than rich people. Latinos are more likely to be against abortion than white people. And it’s true that we skew conservative and Christian, but 1 out of 5 Democrats is against abortion. 1 out of 5 non-religious people is against abortion. And what about the men thing? Everyone’s heard the “war on women” trope, right? All of the highly educated empowered women are fighting to control their bodies while regressive religious men are trying to stop them, right? Right? NO! Actually women are just as likely as men to be against abortion. There are literally tens of MILLIONS of American women against abortion! And when I point this out you see their true feminist colors, because then the answer is it must be that I am an internalized misogynist! I couldn’t possibly be against abortion because it’s destroying millions of humans! It must be because I hate myself. What a convenient, comfortable theory so that you don’t have to think too much about this. Everyone who disagrees with you is just deep-seated prejudice, right?

The reality is that I am a young, atheist, pretty broke, Millennial woman who is strongly against abortion, and I am standing right HERE! So stop acting like I don’t exist!

So all I ask is that if you’re going to defend our insane abortion laws, at least own what you’re defending. The inconvenient truth is that we’re killing small humans, our laws are insane, and we do late-term abortions even for non-medical reasons. And if you own that in your position, you’re not the one I have a problem with, because you’re doing it with eyes wide open. But if you are comfortable being pro-choice because you bury yourself in euphemisms and nonsense, then I ask you to step up. If you really want to defend this, do it with eyes wide open. That’s all I’m asking, thank you. 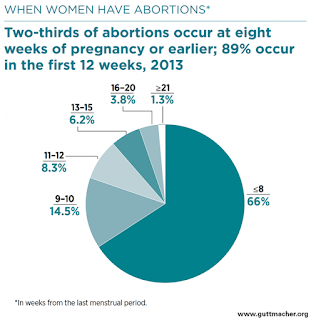 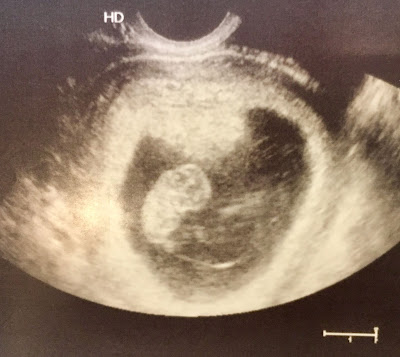 “Gnawing at my belly, chewing through my organs.”

Pro-Life Democrat Draws out the Well-Rehearsed Dishonesty of a Pro-Abortion...