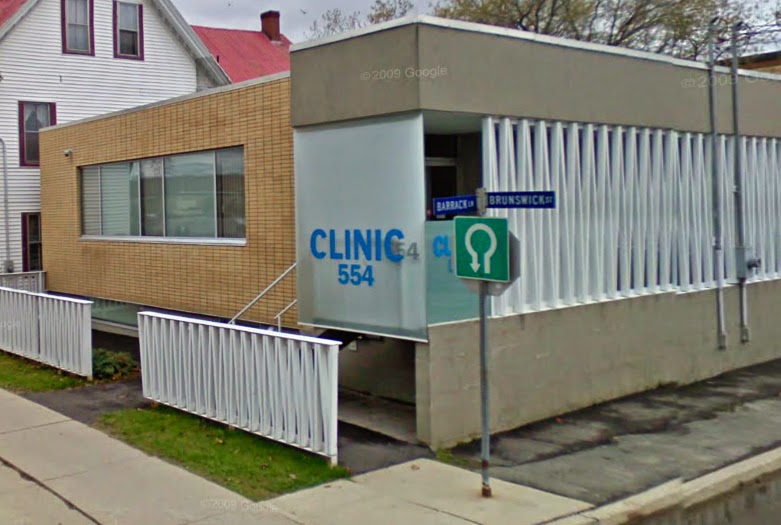 Here in Eastern Canada, where I live, the abortion debate has been reignited by news that the Morgentaler Clinic, a private abortion clinic in the province of New Brunswick, will close this summer. When that happens, women in the province who want an abortion will have to go to a publicly-funded hospital which will perform the procedure only if it is deemed medically necessary by physicians.

The firestorm ignited by this announcement is blazing on a number of fronts, partly because the unusually nebulous rules around abortion in Canada mean that the reality of abortions vary widely from one area to another. The procedure has been legal in Canada since the late 1980s when the Supreme Court struck down the existing abortion law and no new law was passed to replace it (the late physician Henry Morgentaler who was at the centre of that decision also established the clinic now about to close). All regulation of abortion is done through the health care system, but since health care is run by the provinces, the relative ease of accessing abortion varies widely.

To be sure, the New Brunswick case raises difficult questions. In the absence of an abortion law, is it really right for provinces to control abortion through the indirect means of health-care funding? On the other hand, other non-medically-necessary procedures are not covered by provincial health plans (the New Brunswick government lists over thirty on its website). It is not immediately obvious that the public should pay to end a pregnancy when it won’t pay for eyeglasses or an artificial leg.

In any case, New Brunswick pro-choice advocates, it seems, see all abortions as medically necessary, and have condemned what they take to be unjustly restricting access to a perfectly legal procedure. Here is where the arguments begin to generate more emotional force than logical sense.

If abortions are not legal and easily accessed, the argument goes, women will undoubtedly seek unsafe, illegal abortions with disastrous consequences. In other words, if a woman is going to have abortions anyway, we might as well allow it and fund it. For some, this argument is so compelling that they become incensed that anyone could disagree. As one blogger recently wrote in the context of the closure of the Morgentaler clinic:

Do you honestly believe that women just won’t have abortions? Are you seriously buying into some kind of anti-choice fantasy where a woman gets to the halfway mark in her pregnancy and suddenly falls in love with the idea of being a mother and then her boyfriend shows up on their doorstep and asks her to get married and it’s all roses and white picket fences from there on? For fucking real?

This kind of rhetoric is typical of pro-choice arguments in two ways: first, it attacks the pro-life position as hopelessly naïve; second, it presents an easy way out for anyone who might be uncertain about the ethics of terminating a pregancy. It doesn’t matter whether abortion is right or wrong, a confused person might theorize, because making it illegal won’t stop it anyway.

But any argument that lets you out of hard ethical questions is probably a bad one. And this argument is very bad.

When a society holds that a particular course of action is wrong because it unjustifiably violates the rights of others, it must make such an action illegal. Thus, for instance, assault is illegal, as is theft, and any number of other violations of other human beings’ rights. This principle is usually so obvious that we hardly give it a moment’s thought. You can’t just hit people for no reason. Or take their stuff.

But the illegality of assault and theft doesn’t, in fact, stop those crimes from occurring. They happen anyway, although they are illegal. And we don’t argue that because people continue to commit such crimes, we should just make them legal and not worry about the morality involved. No one calls for publicly-funded assault centers where angry and violent people can beat up victims in a controlled setting. Anyone who argued for such a thing would be rightly viewed as crazy. And if they responded by saying that “assaults are going to happen anyway,” we would instantly recognize that the point has been missed.

Consider how absurd it would sound if we borrowed our feminist blogger’s rhetoric but applied it to, say, a proposed measure to reduce theft:

Do you honestly believe that people won’t ever steal things? Are you seriously buying into some kind of ownership fantasy where a desperate person is about to break into a house and suddenly realizes that he has no right to take things that don’t belong to him, and then he and his buddies go off to volunteer at a food bank? For fucking real?

Those who favour legal abortions must show that an abortion is not a violation of the rights of an unborn child. Or, that such a violation of rights is justified. Or that an unborn child has no rights (and is, in a sense, not a child at all). I haven’t been convinced by any such arguments, but at least they are to the point.

Abortion supporters must not, however, be allowed to bully opponents by simply denouncing them as out of touch with reality. And they must not be allowed to get away with the chopped logic that tells us laws are only worth having if no one is likely to break them. 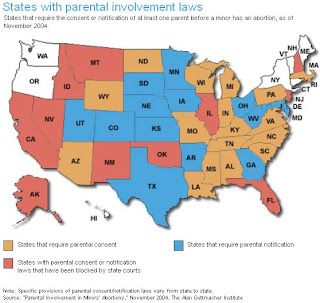 Millions will die without abortion? Nope. Here’s why.

When abortion is the man’s choice

What would ever change your mind?
Scroll to top