In the last week or so the internet has blown up over Trump saying there should be some form of punishment for the woman seeking an abortion if abortion were illegal. On the SPL FB page we posted a few links suggesting that both SPL specifically and most pro-lifers in general disagree with Trump’s initial answer (which he later rescinded).
Our FB page saw a lot of division in the comments over this topic…

…with certain themes emerging. Instead of responding via countless comments in multiple threads, I thought I’d make a blog post.

“What’s the point of making something illegal if there’s no repercussion for it?”
I don’t think pro-lifers are very divided on whether or not there should be repercussions. Most of us agree that there should. We aren’t suggesting we make something illegal but have literally zero penalties attached for breaking that law. The debate isn’t about whether there will be repercussions; it’s about what those repercussions should look like and who they should focus on: the doctor providing the abortion, the woman seeking the abortion, anyone else involved?
There is a lot of precedent for crafting laws that focus on the doctors providing illegal abortions, not the women seeking them. Americans United for Life summarizes the situation well, explaining that the laws were set up this way both because the woman was viewed as a second victim of abortion and because prosecuting women seeking abortions made it more difficult to effectively enforce the law against abortionists themselves.
“If a woman would be charged with murder for taking a child’s life in other instances, why wouldn’t she be here?”
Short answer: The culture war over abortion, as well as some of the unique factors involved in pregnancy and child-bearing, make this more complicated.
Long answer: The thought experiment “What should the punishment be if abortion were illegal?” is woefully vague. For starters there’s a difference between talking about if (a)–bam!—abortion were suddenly illegal tomorrow versus (b) we’re at some point in the unspecified future, and abortion has become illegal alongside a lot of cultural changes.  If we’re talking about the “Bam! Illegal!” scenario, I do think it would be unjust to punish women who seek abortions.
A lot of pro-lifers claim that abortion is no different than infanticide, but that’s not true. Yes, they’re comparable in that they both involve killing particularly helpless humans. But they’re incomparable in that we can all see the infant. We can hold her, we can hear her coo and cry, we can see with our naked eyes her face, her little belly breathing. She is right there, irrefutable undeniable existence, and I think a person would have to be a certain level of horribly, evilly messed up to be able to kill her.
The same doesn’t apply to abortion. Most abortions are done early enough that the woman doesn’t have any direct interaction with the embryo, save for unpleasant pregnancy symptoms. For these
abortions the tiny human is so tiny, the woman can’t feel any movements. Without the aid of technology she can’t see or hear anything. One major difference between (early term) abortion and infanticide is whether we can even sense the entity we’re harming. This has huge psychological implications.
It also leaves people a lot more vulnerable to misinformation or outright lies. Good luck using some ad hoc philosophy to convince someone holding a newborn that the baby isn’t really a human being.


But we’ve seen this play out in the context of abortion many times over.

And that brings me to the next huge difference between abortion and infanticide: the social messaging we’re raised with. Society pretty universally reacts with everything from revulsion to
hatred at anyone who harms an infant. Even those without kids generally recognize infants as vulnerable little people in need of our protection and love.
Contrast that with the huge, decades-long, seemingly intractable culture war over the nature of the fetus, with a large chunk of our country, including some of our most powerful voices, stridently insisting there’s nothing to even talk about, no real conflict, no other entity involved besides the pregnant woman.
We have videos of clinic “counselors” lying to women about the realities of prenatal development. We have testimony from post-abortive women who realized with horror what the abortion really meant when they went on to carry wanted pregnancies. We have ridiculously one-sided media coverage (Gosnell, anyone?) We have the never-ending rhetoric about “clumps of cells,” “products of conception,” and even “parasites”—so constant it almost feels mundane for me to write about it yet again, but it’s always there.

The level of willful ignorance, of outright deception, pushed on the public on this issue just has no equivalent on the issue of infanticide, none at all. And if abortion were suddenly illegal
tomorrow, that context would be an important factor and would—and should—influence how we would craft such a law.
On the other hand, if the thought experiment is about illegal abortion in a culture that broadly and consistently acknowledges the fetus as a valuable human being—part of our species, part of
our society—then I think it gives more weight to the arguments about including penalties for those seeking abortion.
“I don’t see this as any different than someone hiring a hitman to kill someone for them. Sure, the hitman should be punished, but the person who hired him should be punished too. Seems pretty simple. ”
Mmmm, not that simple.
First, when people hire hitmen, they unquestionably know that they are trying to have other human beings killed. And as I explained above, it’s often not that straightforward with abortion.
But even if we lived in a society that valued fetal life and we had all grown up learning and knowing the fetus is a valuable human being, I think the legal response to abortion would still be
complicated. It’s complicated by the way child-bearing (and the circumstances surrounding child-bearing) affect a woman’s state of mind. And our legal system (rightly) recognizes state of mind as an important factor when determining guilt and appropriate punishments.
Mens rea, Latin for “guilty mind,” is a necessary element for many criminal prosecutions. 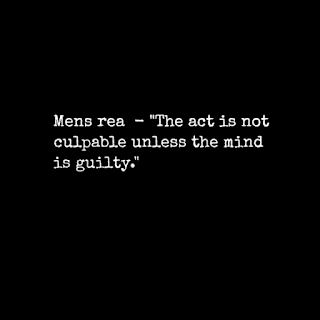 The idea is that it’s not only our actions that matter, but also our intentions. This means that even if you definitely took an action that is illegal, if you didn’t intend a crime it’s possible you’d still be found not guilty.
And even within a guilty verdict there are different levels of mens rea and so different levels of responsibility. Our legal system can find that you committed an act with (1) negligence (you weren’t aware your actions could lead to a certain outcome, but you should have been), (2) recklessness (you knew there was substantial risk your actions might lead to the outcome), (3) knowledge
(you knew there was a near certainty your actions would lead to the outcome), or (4) purpose (you knew there was a near certainty your actions would lead to the outcome and that was your goal).
In addition to mens rea, our legal system also considers necessity and duress. Basically, necessity means you committed the crime under the belief that it would prevent a greater evil or harm from occurring, and duress means you were forced to commit the crime by someone else.
I bring up mens rea, necessity, and duress because it’s elements like these that (often) make abortion different than hiring a hitman. Suppose you hire a hitman to kill your spouse because you don’t want to deal with divorce or something. You are acting with purpose, and not under necessity or duress. I believe most cases of abortion are not comparable to this. 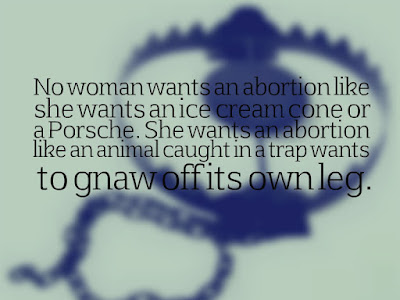 Either way, the women who run Secular Pro-Life recognize that the humanity of the preborn child is not at all clear to many people, and that most women who seek abortion do so under intense pressure. We believe it’s both the most moral position and the best legal approach to make sure penalties for illegal abortions don’t focus on the women seeking them.

I’m thankful for my maternity home