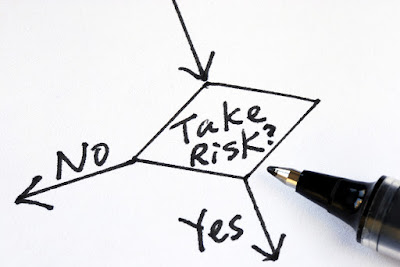 New, Michael.
2004. “Analyzing the Effects of State Legislation on the Incidence of
Abortion During the 1990s.”
_____. 2007.
“Analyzing the Effect of State Legislation on the Incidence of Abortion Among
Minors.”
_____. 2011.
“Analyzing the Effect of Anti-Abortion U.S. State Legislation in the Post Casey
Era”. State Politics & Policy
Quarterly. 11: pp. 28-47.
_____. 2014.
“Analyzing the Impact of U.S. Antiabortion Legislation in the Post-Casey Era A
Reassessment.” State Politics &
Policy Quarterly. 11: pp. 28-47.
Trussell, J., J.
Menken, B.L, Lindheimand B. Vaughan. 1980. “The impact of restricting Medicaid
financing for abortion.” Family Planning
Perspectives 12, 120-130.
[1] The AGI is a pro-choice lobbying
organization and the semi-official research division of Planned Parenthood. Its
statement of purpose is to promote the liberalization of worldwide abortion
laws.
[2] Similarly, in South and Central
America, Koch et al (2014) finds no relationship between the restrictiveness of
state policies on abortion in Mexico and maternal mortality, while a time
series analysis of Chile failed to show any relationship between historical
changes in abortion policy and either maternal mortality or abortion related
hospitalizations (Koch et al. 2012a). Systematic analyses in Eastern Europe and
studies examining the impact of legalized abortion in Mexico City also
undermine the AGI narrative (Levine and Staiger 2004; Klick and Neelsen 2012; Koch
et al 2012b).
[3] Hansen 1980; Medoff 1988, 2008a,
2008b; Haas-Wilson 1993; Gober 1994; New 2004, 2007, 2011a, b; Guildi 2008;
Koch et al. 2012a, b, 2014…the list goes on.

[4]
In fact, some research indicates the opposite: that more liberal
abortion laws may actually lead to an increase in maternal mortality and
morbidity (Alford 2016). Although these findings have yet to be fully explained,
one possibility is that women who obtain abortions are able to become pregnant
again more quickly and/or are more likely to return to former levels of sexual
activity. As a result, this leads to an increase in the overall number of
pregnancies a woman experiences and therefore her overall risk of experiencing
a potentially life threatening complication. This may also help to explain why
countries with more restrictive abortion policies in both Latin America and
Europe tend to have maternal mortality rates that are lower than the regional average
(see above) and why the abortion mortality ratio decrease by almost 96%
subsequent to an abortion ban in Chile (Koch 2013).

Court: No rights for unborn in New Zealand