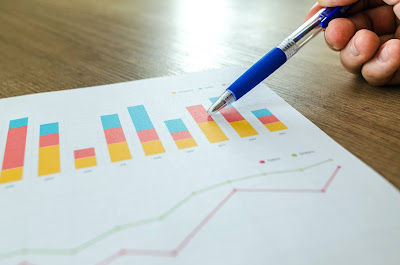 Photo credit Lukas from Pexels
We don’t actually know how many abortions occur in the United States each year.
This may sound strange, as the CDC comes out with abortion totals for the U.S. every year. But state health departments are not required to provide their abortion totals, and in fact three states (California, Maryland, and New Hampshire) don’t release any of their data to the public. Other states report incomplete totals (e.g. New Jersey and the District of Columbia). The Guttmacher Institute publishes abortion data reporting higher numbers than the CDC’s numbers; that’s because Guttmacher estimates the true number of abortions based on the CDC data and individual voluntary reports collected from abortion doctors.
State health departments vary greatly in the quality of reporting, detail, and timeliness of reports. The Charlotte Lozier Institute, a pro-life research group, ranked the states based on the quality of their abortion reports in 2016. Colorado scored 35/46 (several states tied at bottom). Colorado’s rank is low partly because the state does not accurately report abortion totals. The Health Department reported 8,873 abortion occurrences in 2017, while the Guttmacher Institute reported 12,390, a number 33% higher than the official figure.
Colorado is also one of the few states in the US that place no limits on late-term abortion – it is legal to perform an abortion for any reason up until birth. Warren Hern, a vocal late-term abortionist, operates a clinic in Boulder. In Colorado from 2015-2018, the percentage of abortions performed at 21 weeks or more was over double the national average (ranging from 3% in 2015 to 3.6% in 2018, compared to a national average of 1.3%). However, in Colorado in 2019, only 1.9% of abortions were reported as performed later than 21 weeks. But with Colorado’s reporting requirements, it’s impossible to tell how much of this apparent 47% decrease from 2018 is an actual decrease versus a result of incomplete reporting.
Currently, Colorado’s abortion report includes the raw number of abortions; the woman’s age, residency (Colorado or another state), race or ethnicity, marital status, number of previous abortions, and number of living children; age of gestation; type of procedure; and facility type.
This is valuable information, but it still leaves much to be desired. Colorado does not request any information on the woman’s reason for seeking an abortion. We don’t know why the women obtaining late-term abortions in the state are doing so or why they did not get the abortion earlier. Did she have difficulty making the decision? Trouble raising funds? Was there a fetal diagnosis and, if so, was it lethal or was it a disability such as Down syndrome?
Pro-choice people and lobbying groups often assert that abortions later than 21 weeks are only performed for grave medical reasons, such as health issues with the mother or fetus. As SPL has documented many times, the research we do have on late-term abortion does not support this claim. Most abortions after 21 weeks are performed on physically healthy fetuses carried by physically healthy mothers. Colorado’s neighboring state, Arizona, does collect data on reasons for abortions after 21 weeks and finds that about 80% of these abortions aren’t performed for any type of health reason.
Because Colorado’s late-term abortion laws are far more lax than Arizona’s, having similar data for Colorado would shed much-needed light on who seeks these abortions and why under such a legal structure. Relatively few states require data on the woman’s reason for the abortion to be reported at all. While the Guttmacher Institute has conducted surveys with women on reasons for termination, they have a smaller sample size than state data, and their findings differ somewhat from states that have this reporting requirement.
Colorado state representative Stephanie Luck (R) has introduced HB21-1183, which would elevate Colorado’s abortion reporting requirements and include the reasons women seek a termination. Women could choose from the following reasons for termination, regardless of gestational age:
If performed after 21 weeks, the report would also list why she sought the abortion later rather than earlier (for example, late confirmation of pregnancy, trouble raising funds, later fetal diagnosis, ambivalence about the abortion, etc.) The bill would include a penalty for “unprofessional conduct” (pursuant to the “Colorado Medical Practice Act” and the “Nurse and Nurse Aide Practice Act”) if a doctor or nurse falsifies or fails to report data.
This process would help fill information gaps on the 33% of abortions not officially reported in Colorado. It would likely also give a more accurate number of late-term abortions performed. Doctors would be required to report complications from the abortion if any occurred.
Knowing and addressing the reasons women seek abortions is something both pro-life and pro-choice can get behind. This knowledge would allow lawmakers and citizens to more accurately determine whether various policies – such as the paid family leave program, a possible raise in the minimum wage, or family planning initiatives – substantially reduce abortion rates. The proposed bill to improve the quality of reporting could provide research to benefit Colorado citizens, policymakers, and women who may seek abortions.

What if we could transfer babies at risk of abortion to pro-life wombs?

A Pro-Life Introduction to Perinatal Hospice
Scroll to top