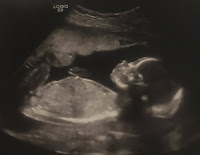 In 2005, I was pregnant with my first child. I was married to the love of my life, I was finished with college (a little later than most people), we had a modest home in Pittsburgh that we were in process of purchasing, and life couldn’t have been more perfect.

Rewind back to my chaotic, sometimes abusive, neglectful and occasionally harmful, yet at the same time a-total-blast-childhood. I knew nothing about being a mother or becoming a mother or how a mother was even supposed to act. My mom died when I was five, so I was missing that certain something that only a mother can give. Not only was I missing it, I was always searching for it.

I was eight weeks pregnant with my first! EIGHT WEEKS! The midwife warned, “we don’t always hear a heartbeat at this stage.” The blood left my face. “But that won’t mean something is wrong necessarily,” she said reassuringly. Then she applied what I will officially name the “magic heart beat wand,” and her heartbeat came through louder and stronger than any sound I had ever heard in my life! And in that moment, my missing connection as a mother, as a daughter, and as a sometimes flawed and damaged person was healed. I knew that I had a reason to be here; I knew that every bad and good moment that led up to this one was necessary because this little soul, this little person, wanted to be on this Earth at the very moment that we conceived her.

My first pregnancy progressed beautifully, and I was not high risk, therefore I had my first ultrasound at 18 weeks. They told me that sometimes babies will just sleep through an ultrasound. But, I decided to literally “juice up” my baby, so before the ultrasound we went to a little bakery and I had a bagel and an orange juice! During the ultrasound my daughter was playing with her umbilical cord, she was touching her face, sucking her thumb! I thought I had an especially genius child, of course, don’t we all?

I asked the technician, “They don’t ALL do this, do they?”

She nonchalantly shrugged and said, “Yeah pretty much they do.”

To which I answered, “Well she’s so, so, HUMAN! At least at this age it would be illegal to abort her.”

“Oh no.” She looked at me like I was stupid. “We do abortions here many weeks past this stage.”

I incredulously argued back, “BUT THIS IS CLEARLY A PERSON!” At this point my little baby is playing like Tarzan with the umbilical cord, like having literal fun in my uterus! I blocked it and thought that this was a special circumstance.

Before my pregnancy I was vehemently pro-choice. I had a degree in Women’s Studies from a well-regarded, left-leaning university. In return for my $50K in student loans, they had produced the most Marxist, group think, liberal, feminist, pro-choicer to walk the streets of America! I would become physically angry at pro-lifers. I didn’t want to see their crazy signs, and I in no way identified with their religious persecutions. I am not proud to say that I was especially radically offended by the male pro-lifers.

During my first pregnancy and the young years of all of my children’s lives, I worked long hours as a caseworker for foster children; I first volunteered and then became employed by our local agency that advocated for rape victims; I worked tirelessly at all hours to empower and support victims of sexual assault, something that was all too dear to my heart. All the while I tucked that mental picture of my daughter in utero away. I put it in that little corner of my soul so that I could get angry, be fierce and “fight” for women’s reproductive rights.

And then came a son, and then another daughter. I was a mother of three, browsing on Facebook during those fleeting moments on the toilet, mostly. And I saw all these people campaigning for Planned Parenthood and something struck me, and I felt the same anger that I felt for those men with their pro-life signs, only this time it was at pro-choicers. Friends of mine and family, educated women fighting like fiends for what? For the right to terminate a human life? For the right to damage and possibly do irreparable harm to their reproductive system? And I thought in that moment: “”Women, be careful what you fight for.” Because this is not a fight I want my name attached to. This is no longer a fight I want to be a part of.

We had a heartfelt conversation the other night as a family. Of course my children are pro-life! What child wouldn’t be? I admitted to my beautiful son that I was not only pro-choice at a time but that I specifically thought pro-life men were terrible. And we had a wonderful conversation about how as a boy now and a young man later that his opinion does matter, and that his choices on life and death matter too. Of course they do! Why wouldn’t they? The minute you conceive it is no longer only your body; it is scientifically shared and both parents should have a say in the life they created together. Not just the woman.
My husband is pro-life now too. Having shared my body with three really real lives I can say honestly that these three humans wanted to be here, were meant to be here and never, from day one, was it my “choice” to terminate any one of them. 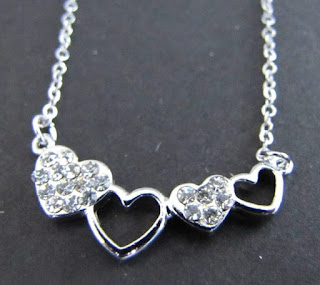