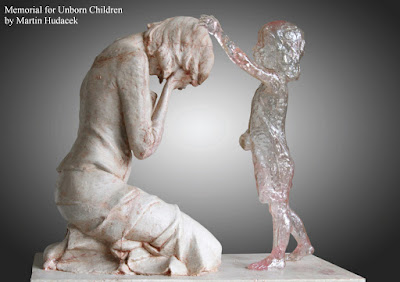 I met Gabriela recently through Secular Pro-Life. I asked her if she had always been pro-life, and when she said no, I asked her what brought her to our side. Her story moved me, and she gave me permission to share it through an interview. – Monica

How long were you
pro-choice? What were the main reasons you were pro-choice? I was pro-choice for
as long as I can remember. It’s funny: I don’t remember the exact moment I
first heard the word “abortion” or learned what it was; I just
remember always supporting it. Even though I grew up Catholic and went to a
Catholic high school, I don’t remember it ever really being mentioned. But
honestly I was pro-choice mainly because I never wanted children. And it just
seemed logical to me that if you don’t want kids, you would support abortion.
It didn’t make sense to be pregnant for nine months only to give the kid to
someone else.
Tell me about your
abortion. What led you to that decision? The part that gets
me most about my abortion is that I had an IUD (intrauterine device), so none
of this was supposed to happen. I had a Paragard (copper) IUD, which is
supposedly 99.7% effective, and yet approximately six months after the IUD was
inserted, I got pregnant. My ultrasound appointment showed that the IUD was
exactly where it was supposed to be—it didn’t fall out or embed in the uterus;
it just didn’t work. I decided to have an abortion out of pure panic: I was terrified. I had intended to prevent pregnancy, and I wasn’t planning on
this, so an abortion just seemed like the logical choice.
How did you feel
about it after? The moment after my
abortion, I felt relief. The day after, I felt a despair and hopelessness and
horror at what I had done unlike anything I had ever experienced in my life.
It’s still hard to talk about.
What did you do to
try to get support and heal? In order to try and
heal, I named my child. I also participated in a retreat with Rachel’s Vineyard, a Catholic
post-abortion recovery group that I found through my church bulletin. I tried therapy for a couple sessions, and then I joined a local sidewalk advocate group, which I found out about through a nearby crisis pregnancy center. After that, I was able to get a copy of my ultrasound picture, which I framed.
All of these methods
helped in some way, and I basically did them one after the other. Naming my child
and framing his ultrasound picture were important because those gestures acknowledged his humanity.
Though it was too early to determine the gender of my unborn child, I just
knew he was a boy. The retreat helped because it made me realize I wasn’t
alone, and it provided the participants little mementos to honor our unborn children. Therapy kind of
helped, but I needed something more.

Being a sidewalk advocate really helped because I could actually do something
useful, rather than just wallow in regret. Sidewalk advocacy has helped me process my abortion by providing me an opportunity to use my story for good. I wish, more than anything, that someone had been on the sidewalk when I went to get my abortion. I now want to be that person for others, and hopefully prevent other women and unborn babies from going through what I and my unborn child went through. A couple of months after I started, a young woman told me that years ago she was about about to get an abortion but someone was on the sidewalk so she changed her mind. Her baby is now 3 years old.
Did you know the
sidewalk counselors before you started working alongside them? Before I joined the group, I didn’t know anything about them, but I wanted to
join a group that I knew valued unborn children and shared my newfound pro-life
beliefs.
Did you tell them
your story? If so, what were their reactions? I have told them and they are very supportive of me. They
think it can really change people’s hearts to hear about my regret,
particularly because I am now an advocate outside the abortion facility where I
received my abortion.
Are you close to
people who are pro-choice (friends, family, etc.)? What are those relationships
like? I am close with
people who are pro-choice, and the relationships are fine because we just don’t
talk about my abortion. Only a few people know, and they responded without
judgment. But overall I just don’t really
talk about it much with those I know.
If you could say anything to yourself years ago, what advice would you give? If I could say something to my younger self, I’m telling you she would not have listened! In all seriousness, I think the best way to change a pro-choicer’s mindset is to ask some simple questions: If a pregnant woman is murdered, should the perpetrator be charged with one murder or two, and why? If you’re in a burning building and have to choose between saving a pregnant woman or saving a woman who isn’t pregnant,  who would you save and why? If it’s the woman’s choice, is it okay for a woman to use abortion as birth control? If not, what’s not okay about it? These pointed questions might have made me question my pro-choice stance a lot earlier, which in turn could have saved my child’s life.

Being a good sport
0 replies

Pregnancy resource centers need your support now more than ever

We asked, you answered: Wishing you hadn’t had the “choice̶...
Scroll to top