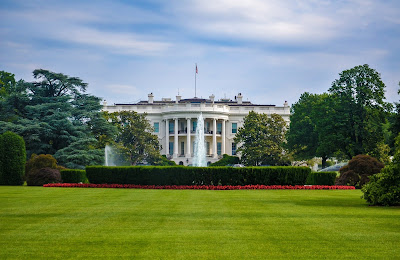 This article is the first in a four-part series. Democratic presidential candidate Joe Biden is expected to announce his running mate sometime in early August. He has pledged to select a woman, but has otherwise been fairly tight-lipped about who he is considering. News reports have floated numerous names.

* * *
Stacey Abrams is the former minority leader of the Georgia House of Representatives, where she served for ten years. She is best known for her unsuccessful candidacy for governor of Georgia in 2018. Abrams earned her law degree from Yale and currently works as the chair of Fair Fight Action.

Although raised to oppose abortion, Abrams now dismisses that upbringing as an artifact of her parents’ religion. Abrams’ apparent inability to recognize the existence of 12.8 million secular pro-life Americans is a serious concern. Worse, she recorded a video for NowThis denouncing pro-life values; in the video, she asserted that there is no such thing as a “compromise position” on abortion and darkly declared that “anyone who seeks to interfere with [abortion] should be held accountable.” She did not elaborate on what that “accountability” should consist of.

Tammy Baldwin is a United States Senator representing Wisconsin. She was elected to that position in 2012, previously serving in the House of Representatives.

In both houses of Congress, she has accumulated an extensive pro-abortion voting record. She voted against the ban partial-birth abortion, the Born-Alive Abortion Survivors Act, and the Unborn Victims of Violence Act. She also introduced the misleadingly named Women’s Health Protection Act, which proposed federal nullification of state-level abortion regulations. (Thankfully, it didn’t pass.) Not surprisingly, Sen. Baldwin has been a consistent vote in favor of taxpayer funding of abortion and has repeatedly won the endorsement of groups like Planned Parenthood and EMILY’s List.


Karen Bass is the United States Representative for the 37th District of California. Admirably, her official website contains an entire page on foster care and adoption issues; abortion does not receive that level of attention. Alas, a deeper dig reveals that Rep. Bass’s support for vulnerable children does not begin until birth. She is deeply committed to abortion, voting against the Pain-Capable Child Protection Act, the No Taxpayer Funding for Abortion Act, and the Prenatal Nondiscrimination Act. Perhaps Rep. Bass decided not to highlight abortion on her website because her position is so extreme.

Amy’s Journey from Pro-Choice to Pro-Life