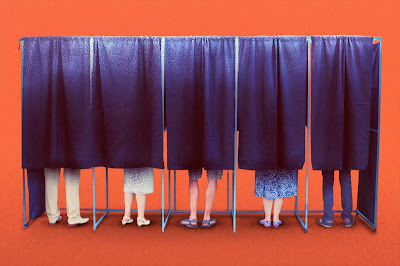 This article is the second in a four-part series examining the abortion records of Democratic vice presidential prospects. We are going in alphabetical order. Click here for part one, which featured Stacey Abrams, Tammy Baldwin, and Karen Bass.

* * *
Keisha Lance Bottoms is the mayor of Atlanta. As best as I can tell, her only significant foray into abortion came when Georgia enacted a law (currently enjoined) to prohibit killing unborn children once a heartbeat is detected. Abortion activists in the entertainment industry, which frequently uses Georgia as a filming location, threatened boycotts.
Mayor Bottoms reportedly responded by joining forces with actress Alyssa Milano to create an app which would help film productions direct their funding away from pro-life Georgians and toward the state’s abortion supporters. Mayor Bottoms was quoted as saying “A woman’s health care decisions should remain between her, her doctor and her maker.”
Tammy Duckworth is a United States Senator representing Illinois. She was elected to that position in 2017, previously serving in the House of Representatives. Prior to that, she served in the military, famously losing her legs in a grenade attack on the helicopter she was piloting in Iraq. Sen. Duckworth was also the first senator to give birth while in office.
Sadly, her personal experiences with disability and motherhood have not led her to sympathize with vulnerable children in the womb. Sen. Duckworth opposed the No Taxpayer Funding for Abortion Act, the Pain-Capable Unborn Child Protection Act, and the Born-Alive Abortion Survivors Protection Act, among others. She has been endorsed by EMILY’s List (which exclusively supports pro-choice politicians) and has a 100% rating from NARAL.
Michele Lujan Grishom is the governor of New Mexico. She is also a former Representative for New Mexico’s first congressional district. Gov. Grishom is an extreme abortion supporter. It’s not good enough for her that her state ranks 42nd in the country for pro-life laws, lacking even such basic measures as informed consent. She took it a step further by demanding the repeal of New Mexico’s pre-Roe law against abortion (which isn’t even being enforced), calling legal protection for children in the womb an “embarrassment.”
Photo credit: Morning Brew on Unsplash