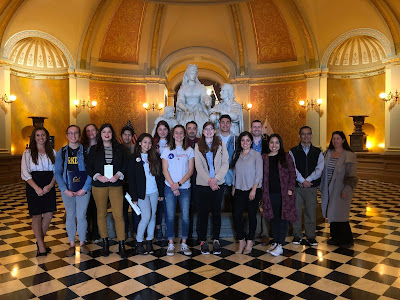 In my dad’s MBA program they said you need three factors to motivate someone to take an Action X for Reward Y:

This layout makes sense to me and I think about it surprisingly a lot. In particular these factors explain why someone might genuinely care about Reward Y and still not go for it: either they don’t believe Action X will result in Reward Y or they don’t believe they can do Action X.

For example, suppose Action X is using a car as little as possible, and Reward Y is significantly preventing destructive climate change. I expect there are a lot of people who care about climate change but don’t believe personally not using their car will really make any difference, so they don’t bother. Or suppose Action X is convincing your entire town to stop using cars; people might be more likely to believe this will make a dent in climate change, but they just don’t believe they are really capable of convincing their whole town, so they don’t bother. Etc.

I bring this up because the same issues arise in my pro-life work. Some of the activists I’ve crossed paths with are bewildered and frustrated that there seem to be so many people who say they think abortion is wrong but are unwilling to make even the smallest gesture to oppose it, such as a phone call to a political office or even admitting to their closest friends or family that they hold this opinion. If you really believe something is wrong, how can you do nothing to try to resolve it?

But that lack of action makes sense to me, actually. Sure, sometimes it may just be a lack of courage, but I think a lot of times it’s a feeling of futility. Sacrificing social standing, straining relationships, or even taking any time or emotional effort—those are all costs, and what is the reward? If people don’t believe it’s going to make any difference, why pay those prices?

I think about this a lot in terms of my own activism, because frankly I almost never think the work I do really makes any big picture difference (i.e. state-wide or nationally). I am repeatedly impressed/overwhelmed/jealous of the seemingly enormous resources and superior coordination of our ideological opponents on this topic. I see the pro-life movement as the mom & pop shop to the pro-choice movement’s corporate sponsorship, basically, and I don’t really believe there’s much I can do about it.

Wednesday was a quintessential example of this situation. For the first time I went to testify against legislation (specifically SB 24, the bill that would mandate California public universities provide medication abortion on campus). We knew going in that we were very unlikely to stop the bill from going through committee. These things tend to fall along heavily partisan lines and, as expected, the vote was 2 Republicans opposed, 6 Democrats in support (1 Democrat was absent).

I didn’t find the vote particularly disheartening because I fully expected it to happen. It’s California. But by the end of the day I realized I was more tired/disheartened than I expected, and I further realized it’s because of (1) the seeming asymmetry in resources between our side and the other and (2) the immense popularity of what I consider incredibly poor arguments.

For a given bill before committee, the order of events goes as follows:

The room was filled with people almost all there for SB 24, and when it was time for people in support to speak, nearly the entire room rose and lined up. Many of them were wearing matching t-shirts and many of them were from the same or similar student groups. It took quite a while for them to each very briefly state their support, and as it was happening I was thinking about the kind of communication and coordination it takes to get that many people in the same place at the same time (wearing the same clothes) for the same purpose, especially since they are from all over a rather large state. It’s really impressive.

To be fair, I expected our side to have only 2-5 people to stand in opposition, and we actually had far more than I thought. Perhaps 20-30 people? Roughly guessing, our side had maybe half or a third of their numbers, but that’s still a more even distribution than I’m used to. That was touching.

Anyway, I went into this expecting to lose, spoke to a state senate committee (and larger audience) who were by far mostly against us, and then we did lose. And I go home and think “Why do I do this?” I mean it does cost me. Frustration or despondency aside, it costs me time I would otherwise be earning money and supporting my own family, which I always feel very conflicted about. And if I don’t believe my actions can get me Reward Y (in this case, stopping a bill I disagree with), why bother? It has to be that, for me, Reward Y isn’t stopping the bill.

It’s the same when I take the time to write a long heavily sourced blog post, knowing that even our best blog numbers (say perhaps 10,000 readers) are dwarfed by the voices we’re arguing against. And yet I find publishing such a post really fulfilling anyway. Why?

Part of it is wanting to stand by people I admire. The students on our side who traveled from around the state to stand in front of a room that overwhelmingly disagreed with them and say publicly (into a microphone and on video) what in this state is an incredibly unpopular viewpoint—that’s courage. I deeply admire that. I feel some sense of obligation there—if they have the courage and take the time, how can I give less?

Part of it is that I hope if I speak out, it will give courage to other people to speak out too.

But actually I think the bigger reward for me is the relief of saying what I think. That’s really it. One of the senators in support of the bill asked me a question I wasn’t prepared for, and that was frustrating. But I tried to answer, and I know that if I had been home watching the meeting from my laptop, I would have been a lot more frustrated thinking of what I wanted to say and not having the chance to try. Even if no one listens to me or believes me, at least I got the chance to try to say what I want to say, and a lot of the time that’s reward enough for me. Good thing, since a lot of the time that’s all you really get.

Interview: Pro-life Democrats reflect on the Democratic Party and the pro-life movement

Why did you convert to the pro-life side?

How many Democrats are pro-life?
0 replies