Religious authorities widely oppose in vitro fertilization (IVF)—that is, fertilization outside a woman’s body—as being unnatural or against the will of a god. From a secular point of view, IVF is not necessarily unethical… but often is in practice. There is nothing inherently good or bad about where conception takes place. The critical question is: how is the resulting embryonic human treated?

From the early days of IVF, fertility clinics have made a habit of creating far more embryos than the parents actually intend to raise. The idea is that by creating and implanting “extra” embryos, you can offset any embryos who might die naturally from miscarriage and therefore increase the odds of at least one baby being carried to term.

In practice, however, many of these “extra” embryos are not introduced to the womb with their siblings. Instead, they are kept frozen for subsequent IVF attempts. And if a baby is born on the first try and the subsequent attempt at pregnancy never comes? Some of the “extra” embryos are adopted by other infertility patients. Others are killed, sometimes for research. Over half a million remain in a frozen limbo.

Ethicists have written mountains of articles about the conundrum posed by frozen embryos. No one can seem to agree on a good solution. But it has to start with stemming the tide of all these “extra” embryos. As it turns out, creating and implanting “extra” embryos doesn’t actually aid fertility treatment.

A new study destroys the underlying premise that implanting multiple embryos increases the odds of a healthy birth. Researchers found that an infertility patient is just as likely to give birth if only one embryo is implanted. “Extra” embryos aren’t offsetting miscarriages, resulting in one healthy newborn. The real effect of implanting those “extra” embryos? Twins and triplets, of course:

The study, published in this month’s issue of Fertility and Sterility, analyzed data collected in 2013 by the Centers for Disease Control and Prevention from 467 of the country’s fertility clinics. Researchers took into account the age of each patient, the stage at which each embryo was transferred, and the number of embryos each patient had available. Still, they found no significant difference in birth rates as the number of embryos transferred increased, though rates of multiples increased.

Most parents pursuing fertility treatment welcome multiples, but sadly, not all; the abortion of one twin or two triplets in a “selective reduction” after IVF is not unheard of.

Why create “extra” embryos, and cause such an ethical dilemma, when it doesn’t actually benefit infertility patients? Fertility clinics should scale back and create only the number of embryos that the parents are prepared to raise or place for adoption.

What do you call the embryos conceived through IVF, then destroyed? 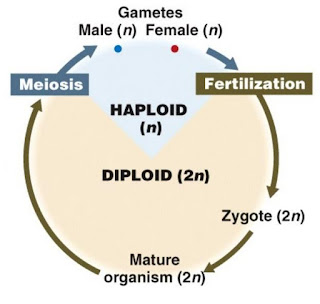 In one week: Life/Peace/Justice Con in Austin!