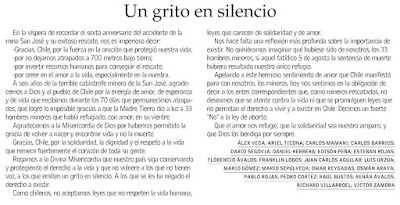 Pro-life, pro-woman advocates have long cited Chile as a model country. Since 1989, Chilean babies have been protected by law from conception. Instead of treating abortion as synonymous with women’s rights, Chile invested in women’s access to education and health care. As a result, Chile’s restoration of the right to life corresponded with significant improvements in maternal health outcomes. In fact, pro-life Chile has the lowest maternal mortality rate in all of Latin America.
The international abortion lobby can’t stand that fly in its crystal chardonnay of a narrative, so it has put pressure on Chile to weaken its pro-life laws. Like pro-lifers in the United States, they have adopted an incremental strategy. Their current proposal seeks to legalize abortion for babies with serious disabilities and babies conceived in rape, as a stepping stone to eventual abortion on demand.
But abortion advocates are swimming against a strong cultural current.
Few people understand the inestimable value of human life better than those who have come close to losing their own lives. The Chilean miners whose dramatic rescue from a collapsed mine captivated the world in 2010 know a thing or two about “hopeless cases.” They have taken the sixth anniversary of their rescue as an opportunity to promote the pro-life cause, in an editorial published in the major Chilean newspaper El Murcurio:

My Spanish is more than a little rusty, but even I can tell you the meaning of “no aceptamos leyes que no respeten la vida humana”—we do not accept laws that do not respect human life.