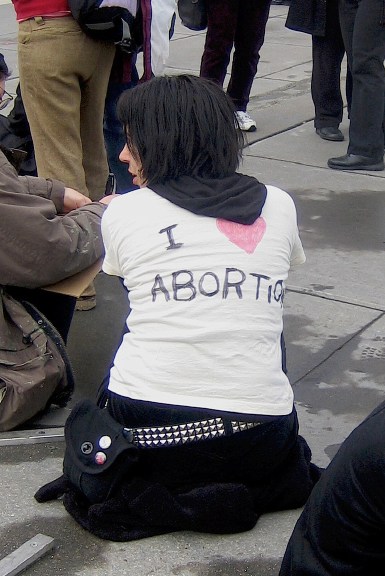 [We asked our followers what they think the difference is between “pro-choice” and “pro-abortion.” Read the answers here.]

However, when these pro-choicers reject the “pro-abortion” label, their objections often go beyond “I personally am not pro-abortion” to “There’s no such thing as ‘pro-abortion.'” For example, in Bill Nye’s recent nonsensical video on abortion, he claimed “Nobody likes abortion.”

But Nye is wrong. While most Americans see abortion as morally contentious, there’s a significant faction who embrace abortion as an unadulterated good. For those curious about what this mentality looks like, below is a sampling from people who actually are pro-abortion:

Planned Parenthood wants you to get out and vote!

39 Years. Over a Million Medicaid Kids Saved. Woman blinds herself with doctor’s help. Her body, her choice?
Scroll to top