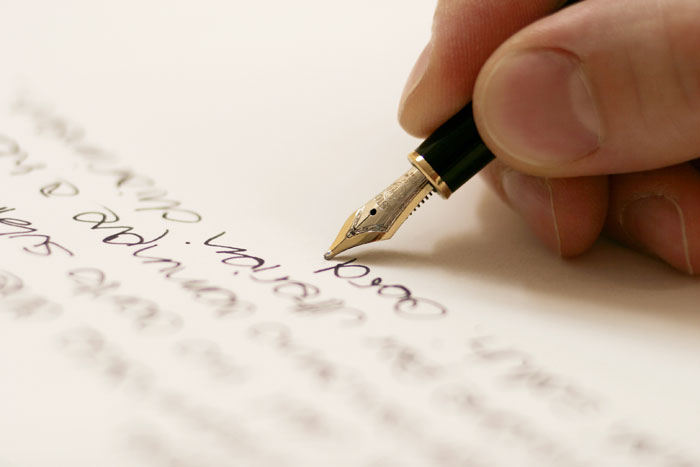 I’m taking a brief break from my current series of articles on Thomson’s Defense of Abortion. Currently in Tasmania, lawmakers are considering decriminalizing abortion. I was asked to compose a letter making as strong a case as possible for the pro-life position and send it to the lawmakers, hopefully causing them to think twice about doing so. I would like to share my letter since I think it could be helpful.

When I discuss or debate abortion, I tend to prefer to make a cumulative case for the pro-life position. That’s what this letter has been based on. Now granted, I don’t cover any pro-choice arguments in this letter, but it was getting lengthy as it is. Besides, I have written articles critiquing and responding to these arguments in the past (with more to come in the future). The body of the letter is in full below. I will add footnotes with additional information and comments that I’d like to add.

To whom it may concern:

I understand that lawmakers are trying to change the law in Tasmania to allow what is euphemistically called “termination of pregnancy” (but is, in reality and practicality, allowing the killing of innocent human beings). Doing so would be a mistake, and a huge leap backward for human rights. I can list at least five reasons as to why allowing the “termination of pregnancy” would be a human rights disaster.

“Although life is a continuous process, fertilization (which, incidentally, is not a ‘moment’) is a critical landmark because, under ordinary circumstances, a new genetically distinct human organism is formed when the chromosomes of the male and female pronuclei blend in the oocyte.”
— Ronan O’Rahilly and Fabiola Müller, Human Embryology and Teratology, 3rd edition. New York: Wiley-Liss, 2001. p. 8.

“Human development begins at fertilization, the process during which a male gamete or sperm unites with a female gamete or oocyte (ovum) to form a single cell called a zygote. This highly specialized, totipotent cell marked the beginning of each of us as a unique individual.”
–Keith L. Moore, The Developing Human: Clinically Oriented Embryology, 7th edition, Philadelphia, PA: Saunders, 2003. p. 16.

“We talk of human development not because a jumble of cells, which is perhaps initially atypical, gradually turns more and more into a human, but rather because the human being develops from a uniquely human cell. There is no state in human development prior to which one could claim that a being exists with not-yet-human individuality. On the basis of anatomical studies, we know today that no developmental phase exists that constitutes a transition from the not-yet-human to the human.”
–Erich Blechschmidt, Brian Freeman, The Ontogenetic Basis of Human Anatomy: The Biodynamic Approach to Development from Conception to Adulthood, North Atlantic Books, 2004, p. 7.

We know that the unborn are alive. They exhibit all the necessary qualities of living things (they grow through cellular reproduction, they metabolize food for energy, and they respond to stimuli). Scientists agree that anything that exhibits those three qualities is biologically alive.

We know that the unborn are human. Biological beings reproduce after their own kind. Dogs produce dogs, cats produce cats, and humans produce humans. There is no essential injection of DNA at any point after fertilization that “adds” humanity to the unborn organism. They are human right from the start, from when the male sperm meets the female ovum, and two haploid cells contribute genetic material to the new resulting organism.

Finally, we know that the unborn are organisms. They are not merely a “part of the woman’s body,” unless you take the position that a pregnant woman has four arms, four legs, twenty fingers, two heads, two noses, and half the time, working male genitalia. As philosopher Richard Stith points out, human beings do not develop piece-by-piece like a car; rather, they develop themselves from within like an old Polaroid picture. [1] They are individual, separate organisms on a self-directed path of human development. We did not “come from” zygotes, we once were zygotes (and embryos, and fetuses, just like we were once infants and adolescents, rather than coming from infants and adolescents).

Second, as philosopher Frank Beckwith points out, the unborn are full-fledged members of the human community. [2]

The unborn are essentially the same kind of organism that I am. They’re human beings with the same rights and value that I have. (I’m using the term “value” here to indicate that the unborn have intrinsic value as members of humanity due to their inherent nature as rational, moral agents — an inherent nature means that while they can’t yet exercise that capacity, they have that capacity within themselves to actualize it). There is a continuity of human existence. I was the same as the toddler and as the newborn that was born from my mother, even though I can’t remember what it was like to be a toddler or a newborn, and I wasn’t even self-aware at the newborn stage. I was still that same individual. If you had killed me then, I would not be here to write this letter to you now.

Similarly, I was that same embryo that developed in my mother’s womb. I did not develop from an embryo, I was that embryo, even though I can’t remember what it was like and I did not actualize the same things that are in human nature to actualize. A substance is an entity that maintains its identity through change (e.g. I am the same entity I was when I was younger, although I’ve matured, grown taller, etc.). I am the same person I was through all points in my life, even though I had not yet developed the abilities that I would one day develop (I was still the same person, even before I hit puberty). There is no break in life or in development. If I was the same entity through all points of my development, this includes when I was a fetus, embryo, and zygote.

Because of this, an equally strong moral justification was needed to kill me then as it is now.

Third, the unborn, themselves, are persons.

Number one, the only reason to disqualify the unborn from personhood is if you want to justify killing them. In fact, the term “person” has been used in the past in many countries to disqualify certain groups of humans from protection by the government.

Number two, many people try and argue that what makes a person a person is when you can perform certain functions. And different pro-choice people disagree on what functions makes one valuable. Generally, self-awareness and consciousness are the ones you hear the most. But as philosopher Stephen Schwartz indicates, this actually confuses being a person with acting as a person. [3] For example, we can think rationally, not because thinking rationally makes us valuable, but we think rationally because we are persons. Thinking rationally is what persons do. You have to be a person before you can think rationally. So trying to indicate that our functions are what makes us a person confuses cause and effect. We can act as persons because we are persons.

And number three, even if you argue that the unborn are not “persons”, you are still begging the question (a logical fallacy) by assuming that only “persons” have a right to life. It’s conceivable that there are “non-persons” that it still might be wrong to kill. So even if you disqualify the unborn from personhood, you have not proven that you are morally justified in killing them.

Fourth, philosopher Don Marquis argues that what makes it wrong to kill us is not its effect on the person killing you. It’s not that it brutalizes you. While it could make it habit-forming, that doesn’t explain why that particular habit, in itself, is wrong. And it’s not wrong to kill us because of its effects on others because that doesn’t explain why killing a hermit is wrong, or why killing someone who has friends who can make friends easily is wrong. What makes killing the unborn wrong (as well as what makes killing us wrong) is that you’re robbing them of all of their future experiences. He calls this a Future of Value. If you kill the unborn, you’re robbing them of a Future of Value, too. A future of experiences like love, sex, eating great food, having close friendships, those kinds of things. So what makes killing the unborn wrong is the same thing that makes killing us wrong. We’re robbed of all of our future experiences and things that are common to us as humans.

No one has ever conclusively proven that the unborn are not valuable human beings, so option four is off the table. And as for option three, as Kreeft himself wrote, “Such negligence is instinctively and universally condemned by all reasonable individuals and societies as personally immoral and socially criminal, and cases [1] and [2], murder and manslaughter, are of course condemned even more strongly. We do not argue politely over whether such behavior is right or wrong. We wholeheartedly condemn it, even when we do not know whether there is a person there, because the killer did not know that a person was not there. Why do we not do the same with abortion?” [5]

It seems that the only reasonable position anyone can take is that abortion is gravely immoral and should not become legal in any civilized society.
Thank you for reading,
Clinton Wilcox [6]
[1] Richard Stith, “Does Making Babies Make Sense? Why So Many People Find it
Difficult to See Humanity in a Developing Foetus,” Mercatornet,
September 2, 2008.
[2] This is the central thesis of Francis J. Beckwith’s book, Defending Life: A Legal and Moral Case Against Abortion Choice.[3] Stephen D. Schwartz, “Personhood Begins at Conception” from The
Abortion Controversy, ed. by Louis P. Pojman and Frank J. Beckwith, (Wadsworth Publishing Company, 1998, p. 260.
[4] Peter Kreeft has adapted this argument from Pascal’s wager, found in Blaise Pascal’s famous work Pensees.
[5] Peter Kreeft, Human Personhood Begins at Conception.
[6] When in a full-blown debate, I will, of course, take more time to really flesh out the arguments. But my basic cumulative case is as follows:

1) The unborn are human beings.
2) The Substance View: The unborn are full-fledged members of the human species.
3) The unborn are persons.
4) Future-Like-Ours: What makes killing anyone wrong is that you are robbing them of a valuable future (incidentally, this is also why it’s seen as a greater tragedy when children die than adults, because they had more of their life ahead of them). Since the unborn have this same future of value, it is equally wrong to kill them (in fact, maybe even more so).
5) Even if it could not be proven the unborn are valuable human beings, the benefit of the doubt should go to life.

A Response to the Spectrum Argument

A Critique of Mary Anne Warren’s On the Moral and Legal Status of Abortion, Part II

Give thanks for happy news