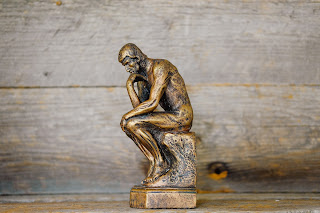 Anyone who is in any way involved in the debate on prenatal justice knows that it usually involves tiring discussions about the meaning of terms like human, person, personhood or potentiality.

More versed pro-choice advocates insist that the meaning of human is at least twofold: it encompasses biologically human and socially human. The situation is similar with the term person, as they often object that prenatal biological humans do not possess personhood, because they do not have consciousness or ability to feel pain up to a certain age, etc.

On the other hand, pro-life advocates often lean on science, which establishes the premise of biological humanity, but they also strive to undermine the concept of personhood, claiming that this concept has always been ideologically corrupt and oppressive. The term human probably has an even worse record, yet pro-lifers rarely question it, perhaps because we have all become accustomed to scientific reduction.

There is significant confusion regarding the term personhood, because it can have two or even three separate but closely connected meanings, none of which is absolutely interchangeable with human:

Let us take a closer look at how these terms relate to each other and to the term human.

Why is all this important?

Science is indispensable and has enormous value in the debate on prenatal justice, because it provides functional concepts of natural kinds (species in biology) and gives us an indisputable starting point: abortion kills humans developing in utero.

But in order to explain why abortion is morally impermissible and should be legally impermissible, we will have to (a) address the relation that members of our natural kind, including preborn humans, must have towards metaphysical personhood, which should (b) establish the proof of their moral status, which would then (c) provide a substantial reason for giving them protection via legal personhood. In the end, we would have to address the conflict of two rights: prenatal right to life and mother’s bodily autonomy. I will primarily focus on personhood here, which provides the conditions necessary for the conflict-of-rights discussion to make sense.

Attainment of metaphysical personhood is why zygotes, embryos, fetuses and newborns necessarily have moral status. As individual members of our species, they are always in an active, inherent, self-initiated and self-governed relation of attaining the capabilities we all share radically, as members of the same rational type of natural kinds. Every increment of the human developmental process, from conception to the end of our life, is part of the physical and metaphysical chain that sustains or enables the capabilities that comprise metaphysical personhood. This is a nice example of how science without philosophy cannot tell us what human means, and how philosophy without science cannot explain human in a relevant way.

Cognitively impaired humans are in this active relation, too: they are continuously attempting to attain or restore these capabilities against other factors like damage, disease, age-related difficulties, or even genetic predispositions. If cognitively impaired humans had certain obstacles removed — for example, decalcification in a brain damaged by Alzheimer’s — they would carry on with attainment (of completely new capabilities) or restoration (of lost capabilities). These two processes aren’t stopped by negative factors, but instead are organically overshadowed. As humans, we are always in this active relationship with our metaphysical ultimate sortal. It is just that some of us constantly lose ground, or zig-zag between restoration and attainment. This is intuitively true to anyone who’s ever had contact with a severely cognitively impaired person or a person who has late-stage Alzeheimer’s disease.

Braindead people (often used as an example of human non-persons alongside with prenatal humans) fit perfectly into this: if there were some probability of a restorative activity taking place, there would be no grounds to renounce their full moral status due to the lack of active relation to metaphysical personhood and thus no grounds to pronounce them dead. However, after this relation becomes absolutely passive, these humans nonetheless retain a remnant of their moral status through their corporeality, echoing in the legal universe, since we generally find it morally and sometimes even legally binding to respect their explicit will regarding the integrity of their body and regarding the transfer of their property, all within the framework of common good. This also serves as a reminder that there is no sharp distinction between the body and metaphysical personhood — they are infused into each other from the moment of conception.

This active relation to personhood, provided both by the physical and the metaphysical, is far from mere “potentiality.” Attainment, retainment, and restoration are actual, not potential. So the moral issue of prenatal justice is actually about what we are stopping by killing prenatal humans. It may be one thing to kill something alive but essentially non-sentient, but it is a fundamentally different thing to kill an entity that is actively involved, with the entirety of its corporeality, in the finite and foreseeable process of attaining consciousness and reason. And how do we prove that? In the case of prenatal humans — easily, because they are bound by the developmental rules of our kind.

How do we form opinions?

The Sorites Paradox as it Pertains to Personhood

The Spectrum Argument, Round Two

Are Human Embryos Human Beings from the Beginning?

Why Abortions Are Still Wrong and Should be Illegal (Part One)

A Critique of Judith Jarvis Thomson’s A Defense of Abortion, Part I

A Critique of Judith Jarvis Thomson’s A Defense of Abortion, Part II
0 replies

An Open Letter to a Young Texan