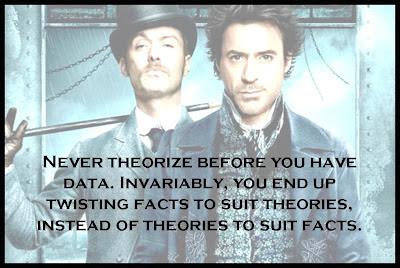 It’s very easy to form an opinion based on emotion or partial facts, and then cling to that opinion and filter further information accordingly (see “confirmation bias“).

I would like the pro-life movement as a whole, and Secular Pro-Life particularly, to transcend this problem. I want ours to be an environment of truth and clarity.  I am pro-life because of my understanding of the facts; we don’t need to distort facts to make the pro-life case.  For example:

Stating physical observations objectively is relatively simple, but many situations necessitate more interpretation. Live Action’s recent “Sex-selection in America” videos are a good example of this. (See the edited videos here and here.  See the full versions here (skip to 34:00) and here (skip to 36:18).)

These videos provide an interesting collection of facts:

These facts alone are enough to demonstrate PP’s willingness to provide sex-selective abortions. As The Huffington Post reports,

This spokeswoman for Planned Parenthood Federation of America also told The Huffington Post that the organization condemns seeking abortions on the basis of gender, but its policy is to provide “high quality, confidential, nonjudgmental care to all who come into” its health centers. That means that no Planned Parenthood clinic will deny a woman an abortion based on her reasons for wanting one, except in those states that explicitly prohibit sex-selective abortions (Arizona, Oklahoma, Pennsylvania and Illinois).

How, exactly, PP “opposes sex selection abortion” is unclear; it is clear that PP doesn’t oppose them enough to refuse to perform them.

However, there is a distinction between being willing to provide a gender-based abortion, and encouraging sex-selection.  This is where I think Live Action goes astray.

After watching the full versions of both videos, I found that the first edited video, filmed in Texas, is fairly representative of the full-length version.  PP employee Rebecca:

Rebecca’s overall conduct is friendly, to be sure, but it seems something about her behavior failed to meet PP’s standards for patient care, because, according to the PP spokeswoman,

Within three days of this patient interaction, the staff member’s employment was ended and all staff members at this affiliate were immediately scheduled for retraining in managing unusual patient encounters.

Both Live Action’s edited and full-length videos left me with the same sense of Rebecca’s cheerful acceptance of gender-based abortion. I cannot say the same for Live Action’s second video, filmed in New York.

The edited version of PP employee Randi again suggests a cheerful acceptance of gender-based abortion.  However, after watching the full-length version of the same video, I couldn’t help but take away a far more carefully neutral position.  Unlike Rebecca, Randi does not laughingly relate to the woman’s desire for a specific gender.  In fact, Randi:

Ultimately Randi, like Rebecca, shows a willingness to provide a gender-based abortion, actually scheduling the abortion during the same meeting (1:01:20).  In the end, the central point–that Planned Parenthood is willing to perform gender-based abortions–is true.  However, supplemental implications–that PP encourages this practice, or places any less value on female fetuses compared to males–are not so clear from the evidence.

The central point is sufficiently disgusting; I see no benefit to us manipulating information to try to claim the supplemental implications.  Indeed, I see serious drawbacks: we give our opposition the opportunity to focus on the inaccuracy of our excessive suggestions, while avoiding the accuracy of our central point. Why give them that out?

The pro-life movement has nothing to lose by ensuring an accurate portrayal of the information we uncover, and we have plenty to lose by distortion.  If we value our agenda over our analysis, we lose our focus, and we lose our credibility.

Lies, Damned Lies, and the Abortion Lobby on Zika

No, defunding Planned Parenthood did not make maternal mortality skyrocket in Texas
35 replies

Gulp & Get Over It
Scroll to top