I usually don’t respond to Amanda Marcotte’s ridiculous abortion rants, but this time I couldn’t resist.


Marcotte lashes out against laws that mandate informed consent for abortion, claiming that such laws are based on a misogynist assumption that women are “too stupid to understand abortion.”  In her words:

Sadly, however, old-fashioned bigotry trumps common sense all the time, which is why Republican legislatures across the country are passing laws—mandatory ultrasounds, anti-choice lectures, and waiting periods—based on the premise that women who are seeking abortions are literally too stupid to understand that doing this means they don’t get to have a baby in the next six to nine months.

Researchers looked at the precounseling needs assessment of over 5,000 women in abortion clinics and found that, in direct contrast with the assumptions of these anti-abortion restrictions, women seeking abortion did know what abortion is and what the results (a baby) would be if they didn’t get one.


The topics covered by informed consent laws, by contrast, are not common knowledge.  Many women (and men) are uninformed about the current level of development of their embryos or fetuses.  They may not know that the heartbeat begins three weeks and a day after fertilization, or that major organ systems are in place by week eight, or that fingerprints appear at week ten.  And why should they? Unless they’re embryologists or physicians, a thorough understanding of prenatal development probably isn’t pertinent to their everyday lives. That doesn’t make them stupid.


Minnesota’s Women’s Right to Know Act is fairly typical legislation; it covers prenatal development, abortion methods and their associated medical risks, and the legal responsibilities of Minnesota fathers.  Nowhere does it assume that women are unaware that deciding against abortion will cause them to give birth.  (Quite the opposite, in fact; the pamphlet devotes considerable attention to the resources which are available to low-income mothers in the Minnesota.)


Informed consent laws do not operate on the assumption that women are stupid.  They do, however, assume that abortion facilities cannot be trusted to provide full and accurate information in the absence of legislation.  I’m perfectly fine with that assumption.  Planned Parenthood abortion centers have been caught on tape distributing incredible lies about prenatal development; one counselor even went so far as to claim that an eight-week-old fetus has “no arms, no legs, no heart, no head, no brain.”


In short, women aren’t too stupid to understand abortion– but abortion facilities are too greedy to explain it properly. 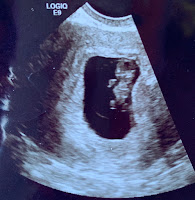 Development of Life – From Nobel Prize Winner
Scroll to top