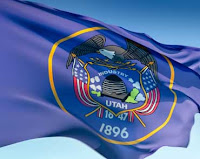 According to the Salt Lake Tribune,

Come Tuesday, Utah will become the only state in the nation with a law requiring a woman to wait 72 hours for an abortion.

“I think it’s a positive change for women and children,” said [Sponsoring Rep. Steve] Eliason. “At the end of the day, it’s a consumer-protection law.

“The focus of this bill is women having time to consider all of the information that is given to them when facing a life-altering decision that somebody else is making money off of,” he said.

Eliason compared it to a cancer patient receiving all the relevant information before beginning treatment. And he pointed to legal waiting periods already in force for such things as adoptions, mortgage approval, marriage and divorce — all of which can be undone.

Some studies show that these types of restrictions tend to decrease abortions, but in what way?


Supporters of this type of legislation tend to fear that women will get an abortion under emotional duress without considering all ramifications; they cite testimony from post-abortive women who later had children and came to deeply regret their abortions as they saw subsequent pregnancies in a different light.  Supporters hope this type of legislation gives women pause, allows them to reconsider, and thus decreases the number of women who choose abortion.


Opponents argue that women already carefully consider such an important decision and that it is condescending and controlling to make them think about it longer.  Opponents say that this type of legislation restricts abortion access to women by requiring them to find more time and resources to make these appointments, particularly women who live in areas where they have to travel long distances to get to abortion clinics.

And so, dear Reader, we ask for your take:

Getting informed on informed consent
Scroll to top