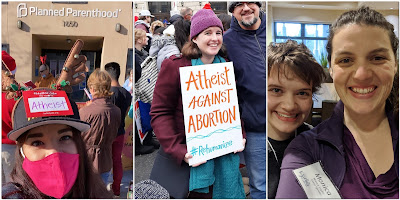 I know: OOF. 2020 is not a year most of us are eager to look back upon. But despite unprecedented challenges, Secular Pro-Life continued our vital work in defense of unborn children.

In January, we Marched for Life in Washington, D.C., were interviewed by multiple news outlets, and connected with pro-life youth activists at the Geaux Forth rally, the National Pro-Life Summit, the O’Connor conference, and (for the first time) a gathering for Ivy League students.

In February, Monica gave her “Deconstructing Three Pro-Choice Myths” presentation at the Together We Advocate Conference in Oregon. On the blog, we debunked the hilarious claim that “big money” is behind the pro-life cause (I wish!), interviewed pro-life Democrats, spread awareness of kinship caregiving, and publicized the scientific consensus that life begins at fertilization. On a more personal note, “Baby J,” whose mother had been living with Kelsey since October 2019, was born! Our friends at New Wave Feminists organized an incredible virtual baby shower for them.

In early March, Terrisa spoke at a rally outside the Supreme Court on the day of oral arguments in June Medical v. Russo. Then COVID-19 reared its ugly head. Baby J and his mom left Kelsey to join family out of state before the lockdowns hit. Secular Pro-Life pivoted to socially distanced activities and encouraged donations to pregnancy care centers. Kelsey gave a virtual presentation to Students for Life of America’s Florida Leadership Workshop. And finally, after a long while of letting our email list gather dust, Secular Pro-Life began sending monthly e-newsletters (subscribe here).

In April, Terrisa stood up to San Francisco authorities who tried to use COVID-19 to crack down on socially distant sidewalk counseling (while those same authorities dutifully ignored the elective, PPE-wasting procedures happening inside the abortion centers). Kelsey’s pre-recorded interview with the EWTN series “Defending Life” aired, and she also appeared on an Irish radio program. Three of the year’s top blog posts were published in April.

In May, Kelsey gave Zoom presentations for the National Campus Life Network and Students for Life at FAU. Secular Pro-Life signed a coalition letter to the FDA, demanding a crackdown on illegal online abortion drug vendors. Terrisa appeared on “Defending Life” to share the secular case against abortion with a Catholic audience. On the blog, Monica interviewed John Bockmann, co-author of the groundbreaking paper “Reconsidering Fetal Pain.”

June was dominated by the tragic news that the Supreme Court struck down Louisiana’s common-sense regulation of abortion facilities in June Medical v. Russo. Chief Justice John Roberts, previously thought to be a pro-life vote, turned out to have no spine. (We can only hope for better results now that Justice Barrett is on the Court.) Meanwhile, Monica published a series of interviews with sidewalk counselors, both secular and religious.

In July, we published our initial exposé of abortion businesses and lobby groups that took taxpayer funds via the Paycheck Protection Program. We also explained the extreme pro-abortion records of Joe Biden’s prospective running mates (including Kamala Harris). After an activist judge suspended the FDA’s safety requirements for the abortion drug Mifeprex—which (among other things) requires that the abortion pill be administered in person, to combat the horrific practice of abusers slipping the drug into unaware women’s drinks—SPL joined Live Action and other organizations in demanding that the FDA pull Mifeprex off the market altogether. Both Kelsey and Terrisa began mentoring pro-life student leaders via Students for Life of America’s fellowship programs.

In August, SPL co-sponsored the Rehumanize Conference, which went virtual for the first time. Kelsey appeared on a Denver radio station and on the YouTube channel Modern-Day Debate. Terrisa rallied pro-life Democrats in an unofficial caucus outside the Democratic National Convention.

In September, we held a virtual rally to celebrate the 44th anniversary of the life-saving Hyde Amendment. The abortion lobby has the Hyde Amendment in its crosshairs, and with a pro-abortion White House administration, we will have to give everything we’ve got to preserve the Hyde Amendment for the next generation. Secular Pro-Life also actively promoted Colorado’s Proposition 115, which would end late-term abortion in that state (sadly, it did not pass).

In October, we rallied outside the Department of Justice to demand indictment of Planned Parenthood (and its business partners) for fetal organ harvesting and organ trafficking after three years of an open investigation; rallied outside the Supreme Court in support of Justice Amy Coney Barrett’s nomination as the first pro-life woman on the Court; and spoke at a virtual conference for pro-life advocates in Ireland.

We all know what happened in November. Although pro-life candidates had a 5-point advantage, it wasn’t enough to overcome the many weaknesses of the GOP, the economy, and the coronavirus response. Pro-life advocates are looking at a very difficult political environment in the short term; just how difficult we can’t say until after the Senate runoff elections in Georgia. Whatever happens, we are united in our support for the right to life and are not going anywhere. In non-election-related November news, Kelsey gave virtual presentations to students from the University of Georgia and Ave Maria School of Law, and Terrisa got arrested while protesting research on abortion victims’ remains.

In December, in response to updated Small Business Administration data, we expanded our exposé of abortion businesses and lobby groups that took taxpayer funds via the Paycheck Protection Program. We publicized new abortion data from the CDC, new state rankings from Americans United for Life, and the amazing Congressional testimony of Christina Bennett in support of the Hyde Amendment. And of course, we are making plans to mark the anniversary of Roe v. Wade in January—subject to COVID-19 precautions.

None of this would have been possible without our donors, volunteers, and supporters. Thank you all so much for your help in this trying year. Here’s to 2021! 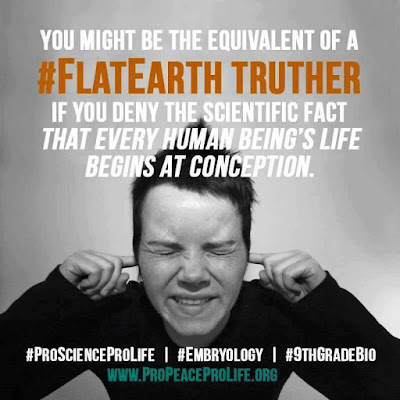 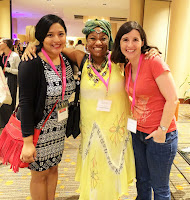