On Wednesday, the Supreme Court heard arguments in Young v. UPS, which concerns the interpretation of the Pregnancy Discrimination Act. The interpretation being advocated by the defendant would seriously undermine protections for pregnant mothers in the workplace—creating increased pressure to abort. As a result, the case attracted numerous amicus briefs, including one signed by 23 pro-life organizations. While Secular Pro-Life was not among the groups tapped for the amicus brief, we fully support those efforts and would like to take this opportunity to share excerpts of statements from a few of those groups.

All Our Lives and Feminists for Nonviolent Choices (joint press release):

“Our society claims to value children and motherhood so highly, and yet we don’t value them enough to put them before the maximization of profit,” said Jennifer Roth of All Our Lives. “Without reasonable accommodations, a pregnant worker might have to choose between protecting her health and her baby’s on the one hand, and supporting her family on the other. If their lives really matter, they’re worth the cost of a few extra water breaks or a light duty assignment.”

As the Supreme Court hears oral arguments today in Young v. UPS, “the need for society to respect a woman’s choice for LIFE will be front and center,” said Americans United for Life President and CEO Dr. Charmaine Yoest. The case involves the 36-year-old Pregnancy Discrimination Act (PDA) and whether it offers any real protection to women who choose life for their unborn children. “Pro-life and pro-abortion advocates agree: This case is about protecting pregnant mothers from employment discrimination,” noted Dr. Yoest. “Women should not suffer physical hardship at work or lose their jobs because they are having a baby. Most especially, pregnant mothers should not be refused the same accommodation offered others with similar work challenges.”

Democrats for Life of America:

With oral argument approaching in the Supreme Court pregnancy discrimination case of Young v. United Parcel Service, UPS has announced that (as the Washington Post reports), “[S]tarting January 1, the company will offer temporary light duty positions not just to workers injured on the job, which is current policy, but to pregnant workers who need it as well.” The change in policy was announced to employees and in UPS’s brief filed in the Court.

This is great news for UPS’s female workers, those who are and those who will become pregnant. It also sends a high-profile message that accommodating pregnant workers is the just thing to do, especially when similar physical conditions stemming from (e.g.) on-the-job injuries are accommodated.

The Women’s Law Project and Legal Momentum argued that the previous ruling in favor of UPS was incorrect on the basis of “misconceiving gender stereotypes in pregnancy discrimination.” Americans United for Life has filed an amicus brief, which the Susan B. Anthony List, among other pro-life groups have signed on to, coming from a different approach, standing up for the unborn and women. The brief argues that in creating the Pregnancy Discrimination Act, Congress was trying to “protect women from economic pressure to abort their children because of pregnancy discrimination.”

So what’s next? The wheels of justice move slowly, and it will be months before a decision is reached. Dahlia Lithwick’s analysis suggests that the Supreme Court might kick the case back down to the District Court so that the record can be developed more fully; if that happens, the issue may not be wholly resolved for years. In the meantime, there’s always the possibility that Congress could step in to strengthen the language of the Pregnancy Discrimination Act. Stay tuned. 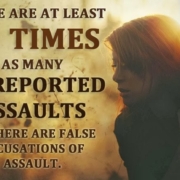 Gonzales v. Carhart: What can you see?
35 replies

A review of pro-life short film “The Appointment” Which came first, the atheism or the support for abortion?
Scroll to top