Pro-Life Feminist is a 30-minute documentary film that has been out for a few months now, but better late than never! This film beautifully integrates interviews of three of my favorite people—Destiny Herndon-De La Rosa (New Wave Feminists), Aimee Murphy (Rehumanize International) and Christina Marie Bennett (various organizations)—with historical footage from the time of Roe v. Wade, along with modern-day headlines and scenes from the Pro-Life Women’s Conference, the March for Life, and the Women’s March.

This film is less about pro-life feminist arguments (although they are included) and more about getting to know pro-life feminists as people. Granted, I know the three main subjects of the film personally; I’m biased. But showing where pro-life feminists are coming from—all three have relevant personal histories that color their perspective—might be our best hope for shattering the stereotypes that have held the pro-life movement back. Sometimes, we must humanize ourselves before we can humanize children in the womb.

Pro-Life Feminist is incredibly wide-ranging. Topics of discussion include everything from sexual assault, to the intersection of abortion and race, to pro-choice lawyers’ exploitation of the plaintiffs in Roe and Doe, to “bro-choice” objectification, to the strong women who inspire us, and so much more. And yet the narrative flows smoothly. The cinematography is gorgeous, too.

I happen to know the religious affiliations of all three women profiled, but you won’t. Other than a fleeting mention of prayer that gives Christina away, there’s nothing to indicate anyone’s religious leanings, let alone any proselytizing.

I truly cannot say enough good things about this film. You can rent or own it on demand through Vimeo, or get a physical copy on Blu-Ray. Public screening kits are also available; this would be a great documentary for student audiences in particular. Check it out at LifeFem.com.

When did feminists abort the pro-life position?

An Interview with New Wave Feminists 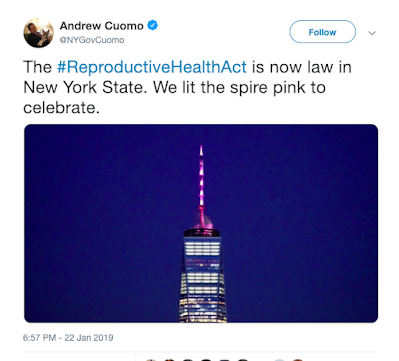 What publications do you want to see from us?
Scroll to top