[Today’s guest post by JoAnna Wahlund is part of our paid blogging program.]

Judging by the comments after last week’s post regarding pro-lifers and contraception, there seems to be a great deal of misunderstanding regarding Natural Family Planning (NFP). Since July 20-26 is NFP Awareness Week, I decided to provide this basic overview of NFP to clear up any misconceptions (no pun intended!) and provide additional information for those who are interested in learning more about it.

What is Natural Family Planning?
NFP is a method of avoiding or achieving pregnancy (it can serve either purpose depending on the intent of the users) by identifying the biological markers that indicate natural fertility or infertility (basal body temperature, cervical mucous, presence of certain hormones in urine) so that users can either avoid or engage in sexual intercourse, depending on their intention. It can also be used to monitor gynecological health and identify possible problems. NFP is “natural” in that it does not utilize synthetic hormones or substances, barriers, or invasive devices.

Isn’t NFP also called “the rhythm method”?
No, although this is a common misconception. The rhythm method (also called “the calendar method”) is essentially the most basic type of NFP, but it is also the least effective. The rhythm does not take into account a woman’s biological markers that indicate levels of fertility. Instead, it is entirely dependent upon the assumption that every woman has a clockwork 28-day cycle, with menstruation occurring on day 1 and ovulation occurring on day 14. That’s only true for roughly 30% of women, and many outside factors – diet, nutrition, stress, illness – can affect the length of each cycle even for women who do have regular cycles.

I’ve often heard other women say that they can’t use NFP because they have irregular cycles, and unfortunately that’s a common myth which hearkens back to the misconception of NFP = rhythm method. Many women are told by their OB/GYNs that they have “irregular” cycles when they simply have a longer cycle length – say, 35 days instead of 28. (I once had a 75-day cycle. Thankfully, that wasn’t typical!) NFP works with any and all cycle lengths.

What are the types of NFP?
They include, but are not limited to, Billings, Creighton, Sympto-Thermal, and Marquette, as well as the Fertility Awareness Method (FAM). For brevity’s sake I’ll only discuss these, but there are many additional forms that are offshoots of these methods.

Billings Ovulation Method: The Billings Ovulation Method of NFP (BOM) is named after Drs. John and Evelyn Billings, but was developed by many different medical professionals based on extensive research which began in 1953 (you can read a comprehensive history of its development here). Its focus is on detecting fertile periods by charting the quantity, quality, and consistency of cervical mucous was well as the sensation at the vulva.

Creighton Model FertilityCare™ System (CrMS) is a modification of the Billings method and was developed in the late 1970s by Dr. Thomas Hilgers. It is the basis for NaPro Technology, which specializes in treatment of infertility and menstrual cycle disorders. Like Billings, it tracks the biological marker of cervical mucous.

The Sympto-Thermal Method (STM) builds off of the mucous observations of the Billings and Creighton methods and adds another biomarker: basal body temperature (BBT), which is the body’s temperature each morning immediately after waking but prior to rising. (The temperature will be low in the first part of a woman’s cycle but spike once ovulation has occurred.) The correlation of BBT to a woman’s menstrual cycle was discovered by German priest Fr. Wilhelm Hillebrand in the 1930s. STM was not widely taught in the United States until John and Sheila Kippley, in partnership with Dr. Konald Prem, a professor at the University of Minnesota Medical School, founded the Couple to Couple League International (CCLI) in 1971.

The Marquette Method of NFP was developed in 1999 at Marquette University. It integrates the Clearblue Easy Fertility Monitor with the other biological markers of fertility mentioned above.

The Fertility Awareness Method (FAM) is essentially a secularized approach to the Sympto-Thermal Method. For decades, nearly all NFP promotion was done by the Catholic Church and related entities. Toni Weschler changed that in 1995 with the publication of her book “Taking Charge of Your Fertility.” The main difference between FAM and other NFP methods is the (optional) addition of using condoms during the fertile period to prevent pregnancy, as opposed to abstinence.

What do you call people who practice NFP? Parents!
HAHAHAHAHA! I’ve only heard that one half a million times.

In all seriousness, the effectiveness of NFP for avoiding pregnancy is comparable to contraceptive methods such as the birth control pill:

So why choose NFP over other methods?
One huge advantage to NFP is the lack of side effects. Hormonal birth control, such as the pill, has a wide range of possible side effects. It’s inappropriate for many women, particularly smokers, because it increases the risk of blood clots, strokes, and heart attacks. It is classified as a known carcinogen by the World Health Organization, and has a negative effect on the environment as well.
IUDs may migrate out of the cervix and into other organs, sometimes perforating the uterus. If pregnancy occurs while an IUD is in place, doctors will often recommend aborting rather than risk having the IUD embed itself in the placenta or, worst case scenario, in the child.
Activist Erin Brockovitch has started a website warning women about the potential side effects of Essure, a procedure that implants metal coils in the fallopian tubes and is marketed as non-invasive permanent birth control. A recent lawsuit alleges that “the coils migrated out of [the complainant’s] fallopian tubes and, eventually, led to five hospitalizations, a hysterectomy, and auto-immune and adhesion disorders.”
Barrier methods (e.g. condoms) obviously don’t carry those risks, although they may cause reactions in people who have undiagnosed latex allergies. Condoms are often used incorrectly (for example, if they are carried around in a wallet or pocket, they are more prone to break). And, of course, many people just don’t like how barrier methods feel.
NFP doesn’t pose those problems. An added benefit to NFP is that it can help women identify cycle abnormalities or other health problems that affect their cycle – for example, PCOS. It can also be used to pinpoint date of conception and provide more accurate pregnancy dating (which can help avoid unnecessary inductions or other interventions for babies who are thought to be overdue or too small for their alleged age).
Another point in NFP’s favor: financial considerations. As the recent Hobby Lobby brouhaha made evident, many people are concerned that women will be unable to purchase their own contraceptives in the absence of an employer subsidy. This isn’t an issue with NFP, as most methods are so inexpensive that there are few startup costs and/or ongoing costs.
Of all the methods I’ve discussed, the most expensive is the Marquette Method. The Clearblue Easy Fertility Monitor costs about $150, and requires the ongoing purchase of test sticks. My husband and I use the Marquette Method right now, and since we’re still using the postpartum protocol we go through about a box of sticks (around $40) a month (but this is only temporary until my cycles resume and we begin using the regular protocol instead of the postpartum protocol); those who use the regular protocol will typically use about 10 sticks a month and only need to buy a new box of test sticks once very three months. (Most insurance companies won’t cover these costs since Marquette is not an “approved” contraceptive method by the FDA, but some women have used money in Health Savings Accounts to purchase them.)
Back when we used the Sympto-Thermal method, we spent $10 on a basal thermometer and $40 on charting software, both of which lasted us about a decade. The charting software was optional; I could have kept paper charts but I liked the computerized version which allowed me to upload my charts for review by our instructor (this was way back in 2003 when there weren’t a lot of Internet options available). Now, there are dozens of smartphone and tablet apps as well as web apps that do the same thing for free or for a much cheaper cost.
Billings and Creighton are similarly inexpensive; you can use a paper chart with stickers (not sure of the cost of those as I’ve never used them) or use electronic apps to keep your chart.
Where do I go if I want to learn more?
IuseNFP.com
Billings Ovulation Method
Creighton Model FertilityCare™ System
Couple to Couple League International (Sympto-Thermal Method)
Marquette Method
Taking Charge of Your Fertility (FAM)

On the Beginning of Life 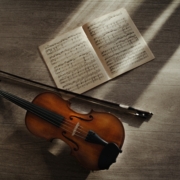 Increased identification with the pro-life label