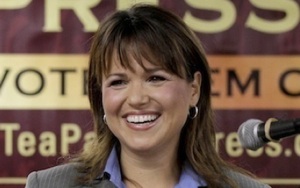 Tea partier Christine O’Donnell won the Delaware Republican primary, causing the media to go into a tizzy. Political pundits are speculating wildly about the chances of the tea party movement being a massive political force come November. I’m not going to make any predictions either way. I just want to take a moment to note something that most media reports have neglected to mention: O’Donnell was the only pro-life candidate. Some articles alluded to the difference by calling the incumbent Republican she defeated, Mike Castle, a “moderate.” In fact, he’s not moderate on abortion at all: he received 100% ratings from NARAL in 2005, 2006 and 2007. His dip to 25% approval in 2009 was apparently not sufficient to save his reputation with pro-life voters.

According to the National Right to Life Committee, single-issue pro-life voters routinely have an impact of 3 to 4 percentage points. O’Donnell won by six percent. So while the pro-life vote may not have been dispositive, it definitely helped!

Whether or not we agree with O’Donnell’s “tea party” politics, her victory stands for something broader. It stands for the proposition that, in a close race (and there are many expected in November), no candidate can afford to discard the right to life as an irrelevant “social issue.” *Cough*MitchDaniels*HaleyBarbour*Cough*

All Eyes on the Race for Governor of Virginia

Support for Abortion: Republican Versus Democrat

What else would I be writing about on November 2nd?

Elena Kagan to be nominated for Supreme Court