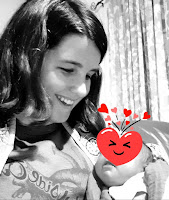 Alabama recently legalized medical marijuana, but only for a limited set of medical conditions. One condition that made the list is “persistent nausea not related to pregnancy.”

Policymakers apparently excluded pregnancy-related nausea out of concern that marijuana would negatively impact an unborn baby’s health. There is not much evidence for that, however. Researchers have struggled “to separate the effects of prenatal marijuana from other factors — notably cigarette smoking.” One study found negative impacts among babies born to mothers with “cannabis use disorder,” but data on moderate and prescription users is lacking.

Missing from this conversation is that in some cases, medical marijuana can benefit an unborn baby.

Some of our readers may remember Baby J and Mama L, but for those who did not follow their story, the Cliff’s Notes version is that Baby J was conceived under incredibly difficult circumstances. His survival is thanks to many factors, including Mama L’s courage and the dedication of numerous pro-life organizations and individuals. Mama L and Baby J lived with me and my wonderfully supportive roommates for several months before and after Baby J’s birth, and New Wave Feminists organized a fantastic Amazon baby registry that quickly sold out.

Mama L has given me permission to discuss an aspect of her story that has not previously been shared: she used medical marijuana while pregnant with Baby J.

This is actually a big part of why Mama L decided to live with me in Florida. She is from the Midwest, and while there were many wonderful pro-life advocates closer to home, she desperately needed to reside in a medical marijuana state. Mama L experienced hyperemesis gravidarum and struggled to keep food down. Medical marijuana is the one thing that could keep her symptoms under control and maintain her appetite. Without it, I am convinced that Mama L, Baby J, or both would have been malnourished.

Mama L used medical marijuana responsibly, under the care of a doctor, and her prenatal care providers were aware of the situation. Baby J was born full term and at a healthy weight. The biggest scare on Baby J’s birthday was not medical in nature; it was a threat that social services would be called because THC showed up in Mama L’s blood work. I happen to be a lawyer, and thankfully, I was able to throw a little weight around to keep that from happening. But it was a completely unnecessary source of stress on what should have been a joyful occasion.

“Nausea related to pregnancy” is no joke. It can threaten the health of both mother and child. In severe cases, it could even erode a mother’s resolve to choose life. Malnutrition and abortion are real risks. Why don’t these concerns carry the same weight as the concern over medical marijuana’s potential but unproven harms?

I don’t think Alabama policymakers acted maliciously when they excluded pregnancy-related nausea from the medical marijuana program. They probably had the best of intentions and were just being overly cautious, given the scarcity of solid research in this area. But as the state’s medical marijuana program evolves, I hope they will reconsider. The next child like Baby J could live in Alabama. Medical marijuana is a pro-life issue.