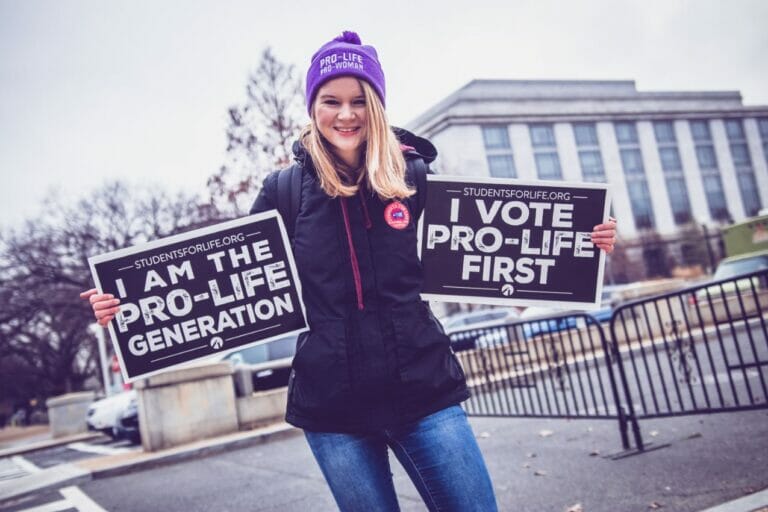 Control of the Senate — and with it, the critical ability to block extreme pro-abortion measures — comes down to a run-off election in Georgia on January 5. Without a pro-life majority in the Senate, politicians friendly to the abortion industry could push taxpayer-funded abortion (costing an estimated 60,000 innocent lives per year), confirm pro-abortion judicial nominees, or even enshrine the mistake of Roe v. Wade into federal legislation. We must stop their horrific plans from becoming a reality.

Students for Life Action is organizing a #VoteProLifeFirst effort in Georgia. Housing, food, and stipends are available to students who want to knock on doors. Training is provided. They are also seeking volunteers to send text messages. You can learn more and sign up here.