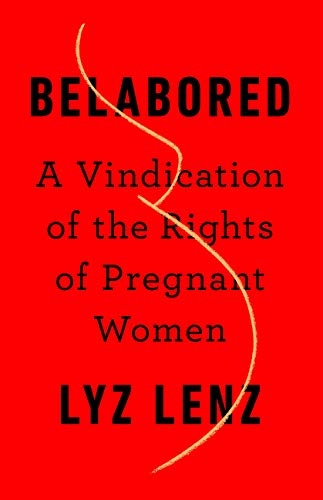 In her new book Belabored: A Vindication of the Rights of Pregnant Women, author Lyz Lenz seeks to demythologize motherhood and explore its human, physical reality. Belabored does an admirable job of examining how narratives of motherhood are constructed in American culture, and how those narratives often erase the humanity and lived experiences of marginalized pregnant people. Though Lenz is unapologetically pro-choice, this book can help pro-lifers and pro-choicers alike understand how our society treats various types of mothers. With this knowledge, we can work toward a more inclusive, life-affirming world for all.

One of Lenz’s most compelling points is that our cultural mythology of motherhood focuses almost exclusively on married, middle-class, able-bodied white women who can afford to stay home and care for their children 24/7. America does not consider Black, LGBTQ, disabled, or fat women to be ideal mothers. Nearly half of pregnant women in the U.S. are considered obese, and study after study shows that doctors routinely fail to see the woman for the weight, making generalizations based on biased and obsolete data. Fat mothers’ food choices and those of their children are judged and scrutinized, and if they are not strictly regulating their bodies, society treats them with condescension and scorn. All pregnant people deal with this to some extent, with random strangers touching their stomachs without consent and offering unsolicited advice, but the judgment is much harsher for fat women.

Black women are also excluded from the mythology of American motherhood. The United States has the highest maternal mortality rate in the developed world, with an estimated 700-900 deaths annually, a staggering sixty percent of which are preventable. The maternal mortality rate for Black women is three times higher than that of white women. Due to unconscious bias in the medical system, pregnant Black women are often undertreated for pain, and when they report symptoms, they are less likely to be believed. Lenz also calls out the virulent homophobia that pregnant LGBTQ people face when seeking care: being misgendered, being forced to fill out forms assuming a heteronormative family structure, having the nonbirthing partner being barred from the delivery room even in situations where a heterosexual male partner would be permitted. Lenz discusses how the patriarchal medical establishment discredited midwives and over-medicalized the female body, taking childbirth out of supportive feminine communities and relegating it strictly to hospital settings controlled by men. A quarter of women report experiencing some form of trauma or PTSD after childbirth, feeling that their autonomy and wishes were not respected. Despite these powerful discussions, the book takes a strong pro-choice stance and is inconsistent in discussions of preborn life.

Lenz refers to her first pregnancy as “the first time I created life.” But later in the book, she refers to zygotes as potential life. Lenz writes exquisitely about the feelings of grief, shame, and emptiness that accompany miscarriage, stating that for the intangible worth we ascribe to every human being, including the viable fetus, no tangible substitute exists. But the worth is ascribed, not inherent. The worth exists only so long as the unborn child is wanted and planned.

Lenz defaults to the common pro-choice argument that the truth of when a human life becomes a person is and always will be unknown, because it’s a question of philosophy, not science. She dismisses pro-lifers’ claim to speak for the unborn as “creating a divide where none exists” between mother and child. Apparently, by asserting the individuality of preborn children, pro-lifers turn pregnancy into an adversarial relationship. She seems to want to have her cake and eat it too: to see the pregnant person and preborn child as simultaneously a united whole and two distinct entities. Lenz raises this fascinating question about the relationship between mother and child: “Even after the umbilical cord is cut, is the separation total?” She acknowledges that newborn children contain cells from both of their parents and are still completely dependent on them for care, yet she sees no cognitive dissonance in the fact that it is somehow okay to kill those children inside of the womb but not outside of it. The author clearly considers newborn children to be persons, so despite all her talk about autonomy, independence is clearly not the defining criteria of personhood. I can only assume that the author believes in the magical power of the birth canal to turn human lives with little outside moral relevance into actual people.

Despite its inconsistencies regarding preborn life, Belabored is a powerful book about pregnancy and motherhood that pro-lifers can get much out of. In addition to working to end abortion, pro-lifers can and should work toward improving birth outcomes for Black, disabled, fat, and LGBTQ people. Birth should be an empowering experience, not a traumatic one, and we can work to stamp out racist, ableist, and homophobic biases in our communities and healthcare system that rob pregnant people of their autonomy and humanity during their prenatal, delivery, and postnatal periods. We can normalize nonbinary/transgender pregnancies instead of treating them as sad aberrations. We can tell more inclusive stories about motherhood, focusing on the experiences of invisible and marginalized mothers. In this way, the pro-life movement can help our world see mothers not just as vessels for preborn children, but as nuanced, multi-faceted human beings with complex needs. Only then will we build a culture in which abortion can become unnecessary and unthinkable.