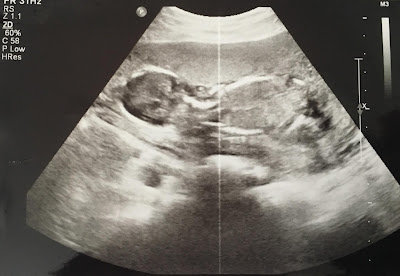 [This is part 15 of a multi-part series chronicling a pregnancy through the lens of “Baby Chris.” Click here for other parts.]


Fourteen weeks after conception (16 weeks LMP), Baby Chris is about the size of an avocado: four and a half inches long and three and a half ounces. Baby Chris’s heart pumps 25 quarts of blood every day.

Although Baby Chris has been moving for a long time, he or she has been too small for those movements to be felt by the mother—until now! Before modern science gave us a window into the womb, the start of prenatal life was often defined by when a mother can feel her unborn child’s movement, sometimes called “quickening.” That happens when the baby is around 14 weeks old.

Quickening no longer has the medical significance that it once did, but that doesn’t mean that our legal system has gotten any better at protecting the right to life; on the contrary, Baby Chris can still be legally aborted anywhere in the United States. Of the approximately million abortions that take place in the U.S. every year, about 51,000 (5.1%) occur at Baby Chris’s age or later.

Throughout the Baby Chris project, we’ve been illustrating our articles with ultrasound images donated by Secular Pro-Life supporters. This week, we have two unusual photos to share. Mother Aimee explains:

I suffered from preterm premature rupture of membranes at 13 weeks and my pregnancy was deemed terminal for the duration of it. I received an ultrasound weekly until I delivered at 32 weeks so needless to say I have several ultrasound pictures to choose from. That being said, my fluid levels were very low (0-1.6cm) so they don’t look like a normal one. … I’ve been meaning to catalogue them anyway so I can show my daughter some day. This medically impossible child is currently rolling around in her crib refusing to nap.

In One Month: Democrats for Life of America Conference