Via Friendly Atheist comes the sad story of a needless death due to inadequate regulation of questionable medical practitioners. But this time, the culprit is not an abortion business; instead, it’s a birth center run by unqualified naturopaths.

Britt Marie Hermes is a former naturopath who came to realize that her education was not grounded in sound science. Since then, she has boldly spoken out against her past field and worked to expose its misconduct. She’s basically the Abby Johnson of naturopathy.

In a recent video, Hermes shared the horrific tale of a naturopathic birth center that faced an emergency it couldn’t handle. A mother came to Birth Haven at Life Spring Midwifery in Gilbert, Arizona, in active labor. The center is supervised by a naturopath, with no M.D.s on staff. After four hours of labor, the baby’s head still hadn’t dropped, and the baby’s heart rate grew slower. Rather than transferring their patients to a hospital for an emergency C-section, or using pitocin to induce birth, the naturopathic practitioners administered homeopathic remedies.

Homeopathy does not work.

After several more hours of labor with no improvement, someone called 911. It was too late; the baby could not be resuscitated.

The supervising naturopath, Ann Marie Palzer, was investigated by the state department of health. The investigation revealed numerous violations at the birth facility, including expired medications, and investigators also alleged that Palzer failed to communicate appropriately with the hospital. Those problems should sound familiar to long-time readers of this blog. Expired medications are a common finding in abortion facility inspections, and pro-life advocates have long pushed to require hospital admitting privileges for abortionists to avoid communication gaps after complications.

There is no happy ending to this story. It seems that if you have a large ideologically driven lobby behind you—whether it’s abortion-first feminists or naturopathic magical thinkers—you can get away with killing innocent people.

Women deserve so much better. 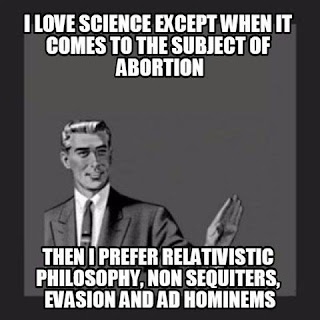 Let’s talk about abortion and race

The March for Life is this Friday!
Scroll to top