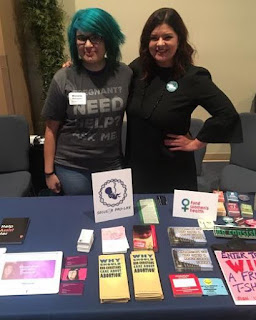 I’ll admit I was a little nervous when Terrisa invited me to
the Californians for Life Summit. Despite being pro-life for several years, I
didn’t feel comfortable attending pro-life events. In 2016, I went to OneLife
LA with a secular friend who was pro-choice but open to learning more. I
invited her to the event with hopes that she would see a welcoming, productive
movement. At the event, we were surrounded by literature about political topics
not related to abortion and signs that read “RESPECT GOD’S LAW” and “REPENT” in
bold, red letters. One women angrily interrogated us when I told her that we don’t
pray.  What I thought would be a great
opportunity to show my friend an inviting, loving community ended up being an
apology for the uncomfortable treatment by my fellow pro-lifers.
Fast forward to last Saturday and I am now at the Summit
three hours away from my warm bed about to introduce myself to a group of
statewide pro-life leaders. As I rehearsed what I was going to say, I got the
idea to introduce myself as a former pro-choicer.
It was a great idea, because it
encouraged the start of important dialogue. People approached me to ask what
made me change my mind. The focus of the majority of the conversations were
about how we can create a more comprehensive movement and naturally they wanted
input from non-traditional pro-lifers. Many of these groups were enthusiastic to
share new projects aimed at diversifying their message.
The interactions were mostly positive, but demonstrated that
there was still progress to be made. One PRC director talked to me about how
important it is to have a welcoming community. I felt that we were reaching an
understanding, so I asked if non-Christians were allowed to volunteer at her
center. She responded, “no, because we do things in a way that Christ would and
atheists cannot replicate that,” I was running out of time, but this would have
been a perfect opportunity to explain ways in which we can assist pregnancy
centers that do not interfere with their mission. How many other atheists like
me have skills to contribute but are dismissed because we can’t do things “the
Christ way”? I thought about this particular conversation on the drive home and
wondered if anyone has ever previously asked her that question.
Overall, I was taken by surprise with the amount of gratitude
that people had for us several secularists at the event. I got so many hugs,
handshakes, and even shared tears with some of the guests. I strongly encourage
all nonconventional pro-lifers to go out there and share your ideas. Leaders in
the community want to hear from us and learn from us.  The larger our presence, the more
revolutionary our impact will be.

I was thanked for being so open-minded, but what is considered
to be tolerant is just common sense to me. I’ll admit I had preconceived
notions prior to attending, and I’m sure that there were opinions about my blue
hair and piercings long before I said anything. Stereotypes get shattered when
you have real conversations. Breaking down misconceptions, even of each other,
is lifesaving work in action. 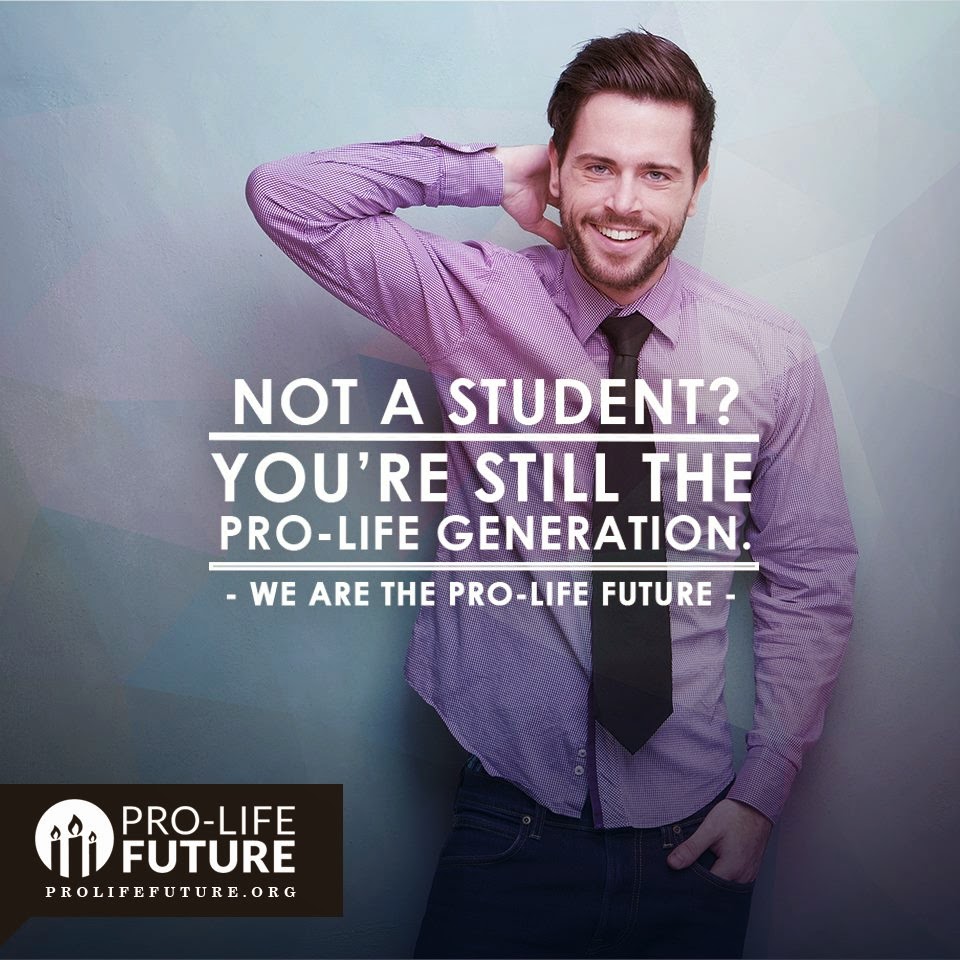 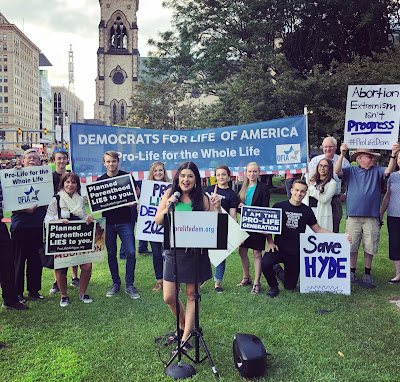 Pro-Life Californians call for the Resignation of Kamala Harris 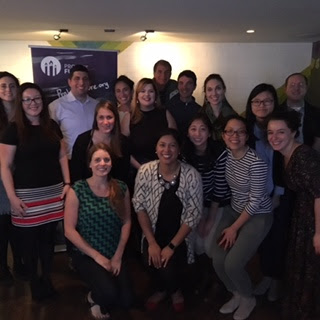 SPL at the Californians For Life Summit 2016
0 replies

What’s in store for pro-life politics? Watch Georgia to find out.

Join us at the Pro-Life Women’s Conference THIS WEEKEND!
Scroll to top