This Saturday, the March for Science will be held in communities around the world:

The March for Science champions robustly funded and publicly communicated science as a pillar of human freedom and prosperity. We unite as a diverse, nonpartisan group to call for science that upholds the common good and for political leaders and policy makers to enact evidence based policies in the public interest.

The March for Science is a celebration of science. It’s not only about scientists and politicians; it is about the very real role that science plays in each of our lives and the need to respect and encourage research that gives us insight into the world.

Nevertheless, the march has generated a great deal of conversation around whether or not scientists should involve themselves in politics. In the face of an alarming trend toward discrediting scientific consensus and restricting scientific discovery, we might ask instead: can we afford not to speak out in its defense?

There is no Planet B. Join the #MarchForScience.

Saturday is also Earth Day, and many Marchers for Science are emphasizing their support for environmental and climate science. That’s unsurprising in light of President Trump’s stances on those subjects. But science can inform (and pseudoscience can misinform) countless areas of public policy—including, of course, abortion.

Prenatal development denialism (“it’s just a clump of cells,” “it’s not human until it’s born,” etc.) has poisoned rational discourse for decades. Widespread reliance on bad/outdated data on “back-alley abortion” obscures the lessons we can learn from pro-life nations like Chile and Ireland that have achieved lower maternal mortality rates than their pro-choice neighbors. And politically motivated failure to hold abortion to the regulatory standards applied to other surgical procedures has cost women their health, and sometimes even their lives.

In short, the pro-life movement has a strong stake in robust, adequately funded scientific inquiry. So let’s get out there and march! You can find your nearest march here.

Our friends at Rehumanize International have prepared March for Science pro-life activism kits, including signs and brochures, which you can get below cost for just $10. Order today to make sure you receive your kit in time! 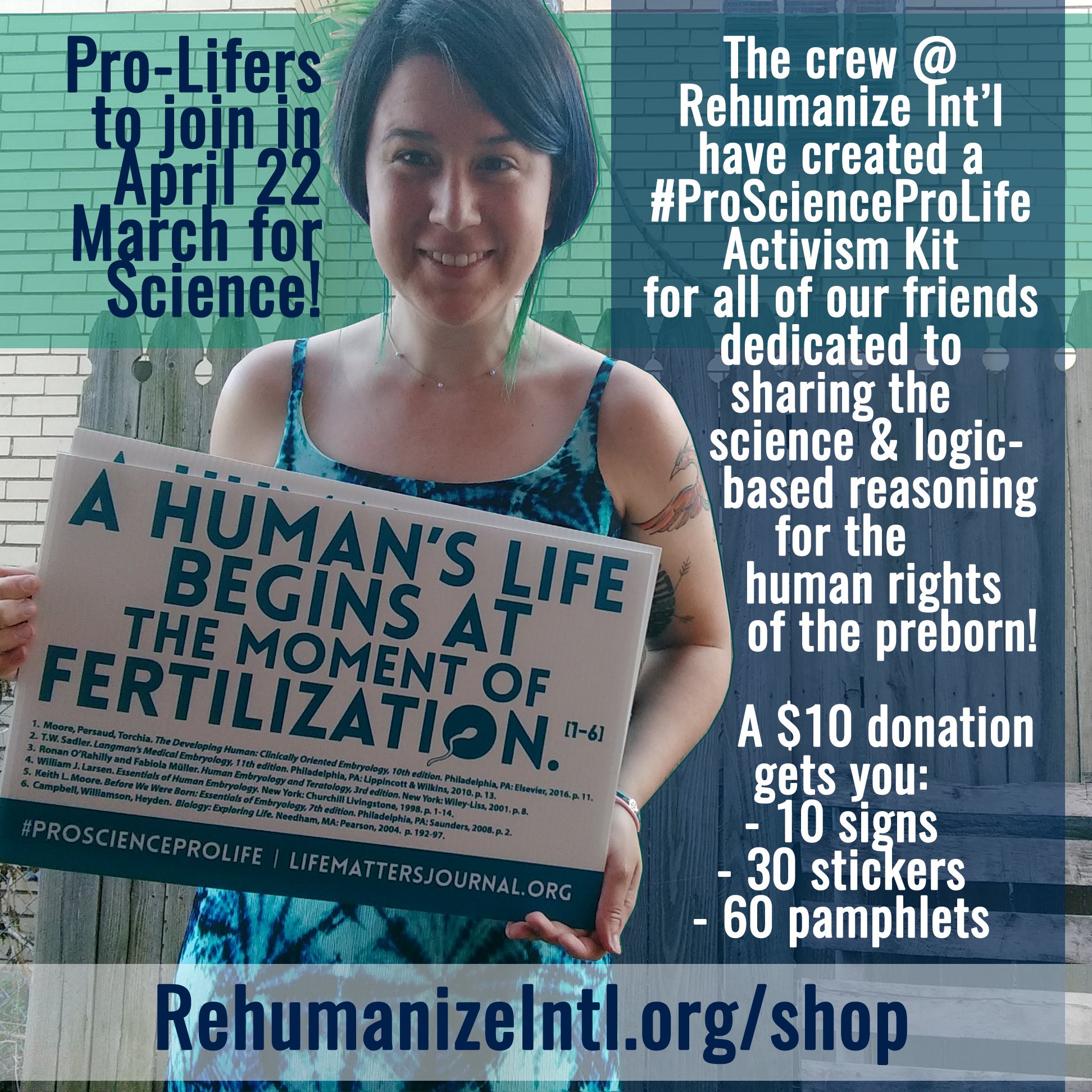 One week, two abortion businesses disrupted A unique reward for our donors
Scroll to top