I’m a few months late to this poll—which was conducted from December 12 through 16 of last year—but better late than never. There are a few reasons that this particular poll is worth discussing.

First, it was conducted by Marist College, which has an A grade from FiveThirtyEight (indicating low bias).

Second, it asked about abortion in specific scenarios, rather than asking if abortion should be “legal in most circumstances” or “illegal in most circumstances.” My problem with the “most circumstances” language commonly used in other polls is that it invites an availability heuristic problem. The availability heuristic leads people to assume that events which receive significant media/public attention—and therefore come to mind readily—must be common. The classic example is plane crashes, which are quite rare, but are always the top story when they do happen; this causes people to fear flying more than driving, when the latter is actually more dangerous, just less newsworthy.

In the abortion debate, abortion in “hard cases” like rape and incest—and, on the other end, elective partial-birth abortions—are talked about in wild disproportion to how often they actually occur. If there’s such a thing as a typical abortion, it is a first-trimester abortion done for purely socioeconomic reasons. What does the average survey-taker imagine “most circumstances” to be? Who knows. Asking about abortions in each trimester and isolating the “hard cases” is more illuminating.

So what did they find?

But the more detailed questions showed that, in fact, support for abortion among the non-religious is not nearly that high (click to enlarge):

26% of non-practicing Americans believe abortion should be limited to cases of rape, incest, or to save the life of the mother, and 13% oppose abortion with no exception for rape and incest. In short, 39% of non-practicing Americans oppose the vast majority of abortions, and another 25% stand in stark opposition to the pro-choice establishment by advocating a ban after the first trimester. And yet only 28% will say that they are pro-life!

Moving to the next row of data, it’s clear that people are calling themselves “pro-choice” for reasons other than actual support for abortion. Adding together those who want a ban after the first trimester and those who want abortion in “hard cases” only, a majority (54%) of self-described pro-choicers want abortion to be more restricted than it is now!

This is why we do what we do. Non-religious Americans come to pro-life conclusions, but don’t adopt the pro-life label because they assume the pro-life movement is just a religious thing, or because they fear social ostracism from secular pro-choicers. They think they’re alone, because—availability heuristic again—pro-life atheism isn’t talked about in their networks of friends. If this sounds like you, Secular Pro-Life is ready to accept you with open arms!

There’s quite a bit more to explore in the poll, including breakdowns by sex and race. (Spoiler alert: you’re more likely to support abortion on demand if you’re male and white. Duh.) But since the religion angle is kind of our thing, we’ll end here.

Our cultural gaslighting of women who miscarry before 20 weeks 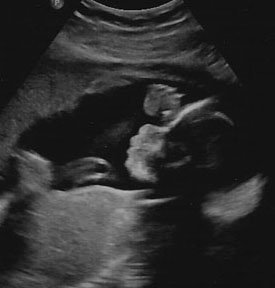 Which side is extreme?
0 replies

Yeah, about that whole “allowing doctors to lie” thing. It’s...

A Day with Created Equal
Scroll to top