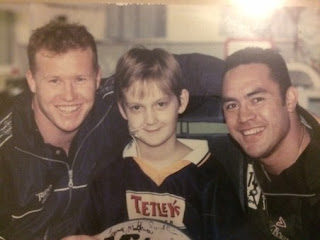 [Today’s guest post by Andy Cavadino is part of our paid blogging program. Andy is a primary school teacher in Leeds, England.]

The High Court in Belfast recently ruled that abortion laws in Northern Ireland contravened human rights. The ruling, by Mr. Justice Horner, states that “cases of fatal foetal abnormality were entitled to exemptions in the law.” Currently, Northern Ireland does not allow abortion in such circumstances.

I wouldn’t expect anyone from outside the British Isles to know about its sovereignty so here’s a simplified version: Basically, you have the United Kingdom of Great Britain and Northern Ireland. The Republic of Ireland (or Eire) is a different country. Belfast is the capital of Northern Ireland, so part of the UK. However, there are differences in the law in the four countries of the UK and abortion law, until now, has been stricter in Northern Ireland than the rest of the UK.

Now, Northern Ireland faces pressure to legalize abortion for “fatal foetal abnormality.” What does that mean? No chance of the baby being born alive? The baby won’t live long after birth?

Secular Pro-Life has written about these tragic cases before. Many parents prefer to avoid abortion even in dire circumstances, and perinatal hospices have arisen to meet their needs. They find solace in being able to hold their baby following delivery, take photographs to remember the child, and conduct a funeral. But of course, other parents seek out abortion, hoping to bring a quick, painless end to a horrific circumstance.

Both reactions are completely understandable.
My main issue is this: What if the doctors are wrong? It happened to this girl and this family. And a similar thing actually happened to me.

I was misdiagnosed with a permanent life-limiting brain injury following an accident at 12 years old. I ran out into the road and was hit by a Mercedes (if you’re going to do something, do it in style!). I was thrown up in the air and landed on my head. Over the next 25 days on intensive care, I was literally seconds away from death on many occasions, both due to head injuries and other complications. In fact, on one occasion, my life was saved because a medical student had happened to read something about magnesium and irregular heart rates in the New Scientist the night before. It was about 6 months before I returned to school. The incident has left me with epilepsy, which isn’t nice, but that’s pretty much it.

I got 5 A grades at A level. I’m a qualified teacher. I play guitar and bass with professional musicians, holding my own at charity events. I’m not in a vegetative state, unable to move properly, like the doctors told my family I could be, based on the scans.

When I was hospitalized, scans showed huge areas of potential brain damage. My prognosis was very poor. Nevertheless, my family made the decision to consent to several dangerous surgeries. As I improved, the hospital arranged for families of children with a similar initial prognosis to meet me and my family, to encourage them not to give up and withhold treatment, to give them hope that their child could pull through.

Prenatal diagnosis is a similarly imperfect science. Scans aren’t always accurate. What if the diagnosis is wrong? You’ll never know if you go through with an abortion, just like my parents would have never known that I’d recover so well if they had given up hope and let nature take its course instead of pursuing risky, but ultimately life-saving surgery.

I don’t judge the families who choose abortion in the face of a lethal diagnosis. It’s heart-wrenching and emotional and I can’t begin to fathom the pain that they’ve been through, nor what my parents went through. I hope that my child never faces a premature death, whether before birth or at whatever age. But if the worst comes to pass, I firmly believe that every child deserves a chance. It’s not easy. But you never know what can happen.