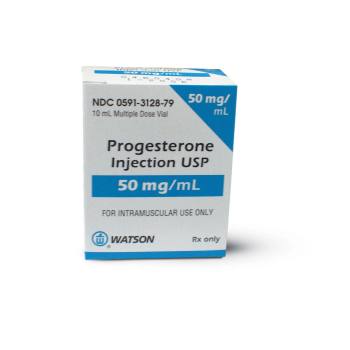 I’d like to think that if I were pro-choice, I wouldn’t be freaking out about abortion pill reversal. In a nutshell: a mother who takes the first pill (mifepristone) of the chemical abortion, then regrets it, is prescribed the pregnancy hormone progesterone to prevent the embryo’s death. While nobody’s suggesting it will work 100% of the time—obviously if the mifepristone has already killed the embryo, there’s nothing you can do—early intervention could provide women with the ability to affect their choice for life. That’s both pro-life and pro-choice, right?

Of course, Amanda Marcotte begs to differ. And she really ties herself in knots doing it.

First there’s the issue of whether mifepristone is actually effective. She initially says that it’s an important component of the two-pill procedure:

Misoprostol can work on its own—many black-market abortion pills are just misoprostol—but, according to the American Congress of Obstetricians and Gynecologists, taking the mifepristone improves the likelihood of a safe, complete abortion.

Then Marcotte quotes Dr. Daniel Grossman from Ibis Reproductive Health (which supports abortion). In his account, the second pill (misoprostol) is the key and mifepristone alone does basically nothing,* to the point that an abortion pill reversal amounts to a placebo:

Mifepristone “by itself is not an effective abortion regimen,” he said, and so many women who just take the first pill will not miscarry if they simply don’t take the second. If he had a patient who changed her mind halfway through, he explained, he would recommend doing nothing and monitoring the pregnancy to make sure it’s continuing normally.

Marcotte also can’t decide where she stands on the safety of the progesterone injections. In one breath, she denounces it as a dangerous “experiment.”** (Of course, when abortionists deviate from the FDA protocol for the abortion pills themselves, killing eight women in the process, the correct term is “making it easier on the patient.”) In the next, she returns to Dr. Grossman, who “says that the progesterone probably won’t hurt a woman if she’s under medical supervision.” Which she would be, because shockingly, pro-life doctors are doctors too.

With all these contradictions it’s hard to figure out what Marcotte’s really getting at… until the piece’s final quote. Dr. Grossman is

concerned that the advertising of this procedure could mislead the public about the prevalence of abortion regret. “In my experience caring for women seeking abortion, they don’t go into this lightly. They’re very clear about their decision…”

Can’t have women running wild through your carefully manicured narrative.

*EDIT, 9:20 AM EST: Dr. Grossman’s characterization of mifepristone’s role contradicts Planned Parenthood’s educational materials, which state that mifepristone “works by blocking the hormone progesterone. Without progesterone, the lining of the uterus breaks down, and pregnancy cannot continue.”

**The reversal protocol is only two years old, so published research is scant. I’d certainly like to see more. So far, though, there’s nothing to suggest that progesterone is harmful to pregnant women who have taken mifepristone. That’s unsurprising, since progesterone is naturally present in a pregnant woman’s body.

Video: the facts on the abortion pill

Being pressured to abort? Pro-lifers want to help.

Which came first, the atheism or the support for abortion? A salute to the pro-lifers of the internet
Scroll to top