There has been some confusion on some of my articles as to what it means for humans to have an inherent nature as rational agents, so I’d like to take the time now to expound upon just what is meant by an inherent nature, as well as the concept of capacities and what they have to do with human personhood.

When I say that a particular ability is in a thing’s nature, I mean that just by virtue of what that thing is, it can perform certain functions. What is in a particular entity’s nature is available simply by observation. For example, it is in a dog’s nature to bark, to bury items, to chase rabbits, and do all manner of things. It is in a cat’s nature to mew, to be independent, to catch mice, and to murder you in your sleep (okay, maybe not that last one). And human beings have certain capacities, too, such as the capacity to walk, to speak, to engage in higher-level thought, to be rational, to be conscious, to fall in love, etc. There are literally hundreds, if not thousands, of capacities. This is also not a Christian convention — the concept of nature and capacities goes back at least to Aristotle, though Aristotelian thought has permeated Christianity quite a bit (in particular, read Aristotle’s Metaphysics).

Talk of capacities is just another way to talk about what is in a thing’s nature, though more specifically as there are different degrees that capacities come in, and different types of capacities that a thing can have. Capacities can also be thought of in terms of potency — a capacity a thing has gives it the potential to develop or become something. Russell DiSilvestro, in his book Human Capacities and Moral Status (Springer Science + Business Media B.V. 2010, p.17), says:

There is a bit of a difficulty in philosophy, in that different philosophers often use different terms to refer to the same thing. So I will give the name that I prefer as to the capacity, and any alternate name for the capacity that eventually comes up in philosophical literature. There is also much to be said on capacities and this article is only a basic treatment of these capacities. But this should give you a basic understanding of what capacities are and how they relate to the abortion issue and the discussion of human personhood.

Strictly speaking, an active capacity is a capacity that an entity has to develop something that is within its nature to develop. You have the capacity to read this article, and you still had this capacity while you were a human embryo (more on that below). Even though you couldn’t read this article at the time when you were an embryo, you had it within yourself to develop that ability. Active capacities are identity-preserving capacities; in other words, everything that you have within yourself to develop you develop without becoming a different person. So you are the same person now as you were as an adolescent, a toddler, a fetus, and an embryo.

Sometimes active and passive capacities are understood as identity-preserving capacities, and referring to the passive potentiality as explained above by the term “compositional capacity,” but the context of the passage should make it clear which sense of “active” and “passive” are intended. DiSilvestro in the same book (p.19) refers to an active potential as a potential to change things, whether in the world or in the bearer of the capacity. An example he uses is the act of standing. You remain the same person when you stand as when you sit. A passive identity-preserving capacity can be understood as powers for being changed by things in the world or in the bearer of the capacity. An example of a passive capacity in this respect would be the capacity for something oily to be burnt. An example of a compositional capacity (a passive capacity as illustrated in the previous paragraph) would be a lump of bronze being made into a statue. The statue is not identical to the lump of bronze it came from.

So all of the abilities that the zygote will develop are present from the very beginning, albeit not the ability to perform them. Any potential that an entity has within itself to develop is an identity-preserving capacity, which is why you are identical with the zygote that was conceived in your mother’s womb, even though there are obvious differences between the two. But in what sense can the human zygote be said to have these abilities?

This simply refers to a hierarchy of capacities. You currently have the ability to read this article, to think, to sing (however off-key), to stand, to dance (a capacity woefully lacking in Caucasians like myself), etc.

Sometimes philosophers, like Eric Olson or Michael Tooley, speak of blocked or suppressed capacities. An example that Michael Tooley, a pro-choice atheist, uses in his book Abortion and Infanticide is about “Mary,” who has the capacity to run a five-minute mile. If she gets drunk or gets out of shape, she would still have the capacity but it would become blocked or suppressed by external factors. But if you are speaking in terms of first- and second-order capacities, then suppressed capacities can be understood as second-order capacities.

So this naturally leads to the question of severely disabled human beings, such as anencephalic fetuses. According to J.P. Moreland and Scott B. Rae, in their book Body and Soul (InterVarsity Press, Downers Grove, IL, 2000, p. 72),

So in the case of an anencephalic fetus, they are still persons because they still have the same inherent capacities as other human beings, they are just being prevented from actualizing them due to external factors. A hundred years ago, someone who lost their sight would have lost it permanently. But today we have cornea transplants and other methods of restoring sight so that it is now possible for someone to regain their sight. This is because it went from being a first-order, immediately exercisable capacity to a second-order, inherent capacity. But the capacity was never lost, just like it was never lost a hundred years ago when it was impossible to restore it. So anencephalic humans are still human persons.

So this is what is meant when we talk about human nature, and the capacities (inherent and otherwise) that an entity possesses by virtue of the kind of thing that it is. Human zygotes have the same capacities we do now, just at a different level in the hierarchy. But these capacities they have are identity-preserving capacities, so they remain the same person throughout all of these changes. You are the same person now as you were in your mother’s womb, right from the very beginning. 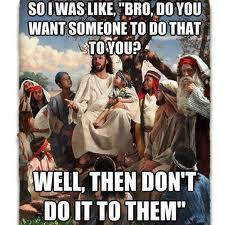 Abortion and a Flawed Brain-Life Theory

A Response to the Spectrum Argument 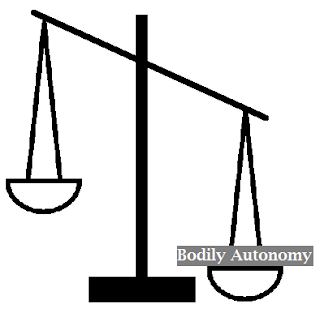 In one week: Secular Pro-Life presentation at the University of Georgia The Spectrum Argument, Round Two
Scroll to top