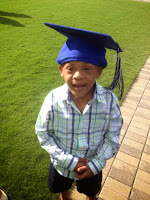 The federal government shutdown is entering its second week, and one of the programs it is impacting is WIC: the nutrition program for low-income women, infants and children. We can argue all day about whose fault that is, but SPL is not a liberal or conservative organization. The important thing is that while this shutdown lasts, pro-life individuals need to stand in the gap. So please, make a special effort to donate to your local food pantries, pregnancy resource centers, community clinics, etc. (Happily, the National Community Baby Shower is coming up in just a few short weeks. But you don’t have to wait until then!)

October is National Down Syndrome Awareness Month. The sad truth is that as many as ninety percent of babies who are prenatally diagnosed with Down Syndrome never see the light of day. The International Down Syndrome Coalition is working overtime to change the hurtful stereotypes that too often lead people to believe that these children’s lives aren’t worth living. To see and share positive images of people with Down Syndrome, like IDSC on facebook!
Democrats for Life of America has filed an amicus brief in McCullen v. Coakley, a challenge to an anti-pro-life-speech “buffer zone” law that will soon be heard by the Supreme Court. This case will give the Court the opportunity to reverse its horrible Hill v. Colorado precedent, which allows pro-abortion states to effectively silence sidewalk counselors.
Pro-lifers have launched a new campaign in support of a proposed Albuquerque, NM ordinance to ban abortions in the second half of pregnancy (after 20 weeks).