Domestic News: As pointed out earlier this week, Louisiana‘s state legislature passed legislation requiring abortion businesses to give women the chance to see ultrasounds of their children. Governor Bobby Jindal (R) is expected to sign the legislation. Following that, on Thursday, a bill passed the legislature which would prohibit use of funds associated with the recently passed healthcare reform package to be used on abortions. compiled by the Alaska Department of Health and Social Services discovered that their Denali KidCare program funded 664 abortions in 2009. The Denali KidCare is a state program which provides health care to exists to low income children and pregnant women. Governor Sean Parnell (R) recently vetoed attempts to increase funding for the program. North Dakota lawmakers are shocked at recently compiled abortion statistics according to a local article. In the timeframe of 1998 to 2008, 1,600 abortions were performed on teenagers in North Dakota. There is one abortion clinic in the entire State of North Dakota and teenagers under the age of 18 require parental consent or need to stand before a judge in order to have an abortion performed upon them.

International News: New Department of Health statistcs have been released in the United Kingdom regarding abortions in 2009. The result? Half of all teenage pregnancies end in abortion. In 2009, 18,000 abortions were performed on girls under the age of 18. In March, in Ireland a abortion supporting organization did an online based survey and discovered that…94% of respondents were against changes in the law which would legalize abortion in Ireland. In other statistics news, New Zealand released their abortion numbers from 2009, which dropped since 2008. Pro-life groups are still upset at the numbers because the actual number of births also decreased in 2009. What does this mean? The actual abortions performed to live birth ratio has increased from 217 per 1,000 live / still births and abortions to 218 per 1,000 live / still births and abortions. Yes, that’s only 0.1% of an increase – but no one would say that 0.1% of the population is unworthy of our protection.

Discussion Topic: Who are some pro-life politicians that you respect? I’ve seen a number of high and even low profile people stand up for what they believe in despite it being unpopular to say. In Pennsylvania, people forget that their junior Senator, Democrat Bob Casey, is pro-life. He’s part of a dying breed – unashamedly, high profile pro-life Democrats. In Maryland, it’s refreshing to see GOP candidates openly discuss being pro-life. I attended a candidate event last night and interviewed GOP US Senate candidate Jim Rutledge. When I asked him his views on abortion – he gave a straight answer, “I’m pro-life.” You don’t hear that often enough in deep blue states like Maryland, and it really gained my attention. How about you? 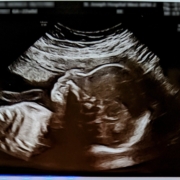 Forced Abortions Around the World