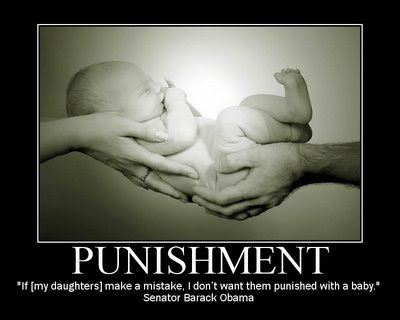 Slate author Jessica Grose gave SecularProLife.org a nod in her recent piece, “Why Are More Americans Calling Themselves Pro-Life?” It’s a complex question, and I’d like to hear your answers. Personally, I don’t believe it can be attributed to any one thing. While the media didn’t take notice until pro-lifers became a majority (excluding undecideds), the shift from 33% pro-life in 1995 to 47% pro-life today was a gradual one. I credit a combination of nearly forty years of pro-life activism, advances in technology, contemporary political pressures, and a healthy pinch of dumb luck.

Grose offers several potential explanations. First is the theory, endorsed by Gallup, that America is becoming more right-wing in general in reaction to the Obama presidency, and this has caused an increased willingness to identify as pro-life.

[Columbia law professor Nathaniel] Persily has another explanation to add to the mix: He attributes the shift toward the pro-life label to Obama’s softening of the language of Democratic support for abortion. Obama said about abortion in 2008 during his campaign that “there is something extraordinarily powerful about potential life and that that has a moral weight to it that we take into consideration when we’re having these debates.” For those in the mushy middle on abortion, hearing a president—even one who identifies as pro-choice—question the morality of abortion might scare them away from Planned Parenthood benefits.

My take: maybe. The rallying cry of the pro-life movement is definitely not “See? Even Obama is kind of pro-life.” Instead, the message is “Obama is the most pro-abortion president in history.” But it’s only natural that when one side is in office, the other side is galvanized.

Next, turning to the pro-life shift among young adults, the loyal opposition points the finger at abstinence-only sex ed:

Aimee R. Thorne-Thomsen, former executive director of the Pro-Choice Public Education Project, says she is skeptical of the Gallup numbers, but adds that twentysomethings have “grown up under a political system that demonized sexuality. Their consciousness has been under abstinence-only, promotion-of-marriage initiatives, so it’s a very narrowly based idea of appropriate behavior.” Which, for more young people in their 20s, does not include abortion.

My take: Bullshit. The vast majority of Americans, pro-life or not, engage in premarital sex. Even if Ms Thorne-Thomsen were correct that conservative ideas of appropriate sexual behavior have won the adherence of young people (and speaking as a 21-year-old, they absolutely haven’t), that could cut the other way. After all, childbirth brings all those sexual indiscretions into the open.

Alternatively, the young pro-life activists I spoke to wonder if they have more support because of improved ultrasound technology. “My generation has seen ultrasound photos of ourselves and our siblings,” Kelsey Hazzard, the president of secularprolife.org, says, “so it’s sort of hard to put the ‘fetuses are just a clump of tissues’ line past us.”

Obviously I agree with my own statement, but I’ll say again that I don’t think that technology is the sole factor.

Grose concludes that “the embrace of the pro-life label appears politically—rather than morally—motivated.” My personal experiences in pro-life activism lead me to disagree, but on the whole, Grose’s analysis is fair. So thank you, Jessica, for making our voice heard.

What else would I be writing about on November 2nd?