Ectopic pregnancy can be a life-threatening emergency for a pregnant woman. It’s the leading cause of maternal mortality in the first trimester, when most induced abortions occur.

That’s probably why it’s drawn a lot of attention, especially since legal, non-therapeutic abortion is no longer guaranteed everywhere in the United States. There’s a popular myth that ectopic pregnancy is treated by “abortion,” and that abortion bans will, by definition, ban that treatment.

The Fort Worth Star-Telegram, for example, claims that treatment of ectopic pregnancy is abortion. Tweets by Halle Berry and a pastor named Elizabeth warn that if you can’t get an abortion for an ectopic pregnancy, “you die. You. Die.” Even the American College of Obstetricians and Gynecologists (ACOG)’s advocacy statement says that “Abortion bans threaten to impede ectopic pregnancy treatment,” though it doesn’t cite specific bans or make suggestions for clarifying language.

Given abortion’s emotionally-charged implications, misunderstandings become magnified, so it’s crucial to set the record straight right away. Gratefully, this a topic on which the pro-choice and pro-life sides already agree:

According to the CDC, induced abortion–the kind of abortion we’re all talking about–only deals with intrauterine (“inside the uterus”) pregnancy.

Thus, the treatment for ectopic pregnancy—”outside the uterus” pregnancy—is not induced abortion. It is surgical separation of mother and embryo or killing the embryo with methotrexate, described medically as “treatment of ectopic pregnancy.”

Since an ectopic baby cannot (with today’s technology) be carried to delivery, “abortion” doesn’t apply to ectopic pregnancy in the same way it does to most other pregnancies. The baby always dies. We treat ectopic pregnancies to ensure the mother lives. 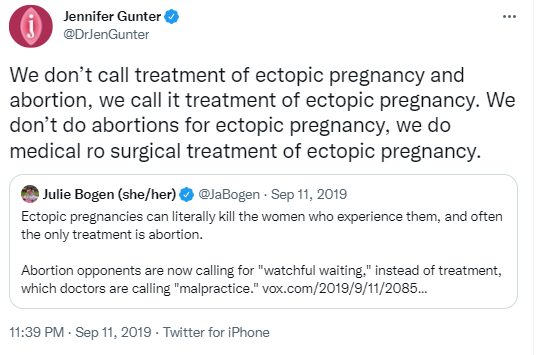 Or this from Planned Parenthood’s website: “Treating an ectopic pregnancy isn’t the same thing as getting an abortion.” 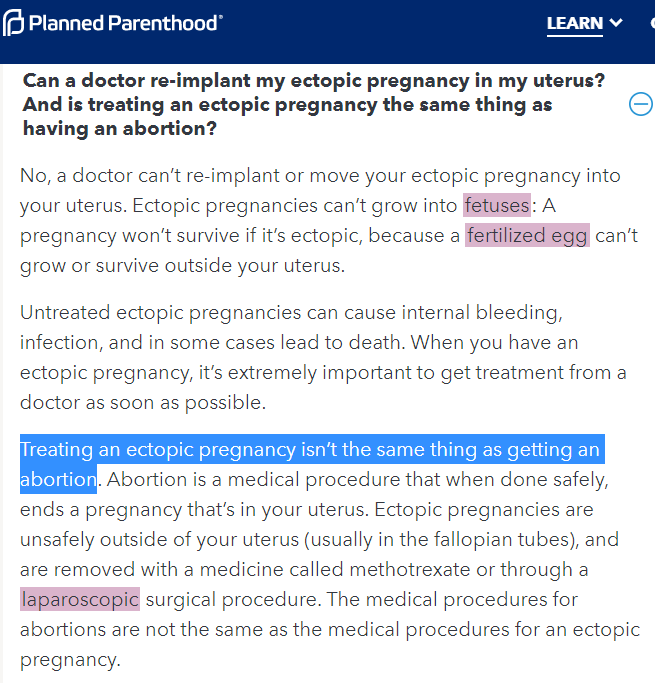 The American Association of Pro-Life Obstetricians and Gynecologists agrees, differentiating between “elective abortion” and “treatment of ectopic pregnancy.”

This may seem too fine a point when “treatment of ectopic pregnancy” results in the death of the baby every time, if she’s not already dead. It’s a useful distinction, though, because the term “abortion” can mean three wildly different things: 1) miscarriage, 2) medically required pregnancy termination, or 3) the targeted, unjust killing of an unborn child. It’s easy to conflate these by ignorance or intent, and we ought to welcome any opportunity to clarify the jargon.

The United States Centers for Disease Control (CDC) defines induced abortion as “intended to terminate a suspected or known ongoing intrauterine [inside the uterus] pregnancy … that does not result in a live birth.”

What is ectopic pregnancy?

Risk factors: about half of the women who experience ectopic pregnancy have no identifiable risk factors. But generally, risks include tubal inflammation, deformity, scarring—anything that can make it more difficult for the embryo to move through the fallopian tube to the uterus, including previous ectopic pregnancy, sterilization/tubal surgery, use of IUD, in vitro fertilization, oral contraceptive use, sexually transmitted infections, previous abortion, smoking. 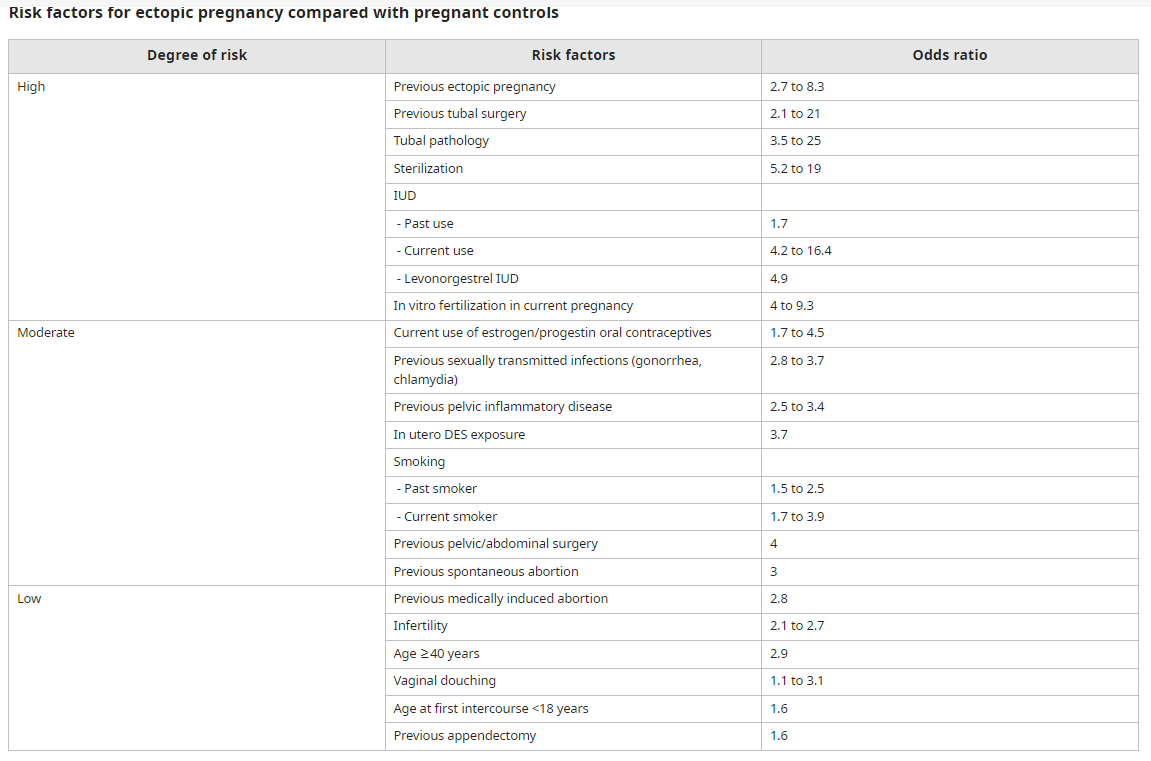