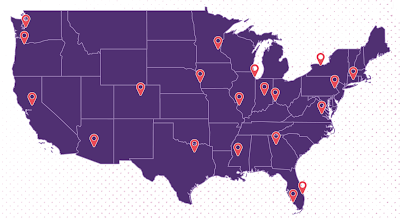 In a webcast last week, Students for Life of America (SFLA) introduced its Campaign for Abortion-Free Cities, representing a new phase in its advocacy. While SFLA has traditionally focused on college campuses, and will continue to do so, this new project reaches the broader community. Its goals are threefold: connect those in crisis with non-violent alternatives to abortion; change minds, especially the minds of those most targeted by the abortion industry; and push people who lean pro-life and should be with us to actively oppose abortion.

The scope of the campaign is impressive, and you should really watch the whole announcement, but the aspect that stood out most to me is the door-knocking outreach. Why wait until there’s an election to speak directly with your neighbors? Going door-to-door, educating people about what’s happening at their local abortion businesses (including health code violations), and contrasting that with the free resources available from pro-life pregnancy resource centers, is a great way to reach people who would rather avoid the unpleasantry of a widespread human rights violation. SFLA has conducted pre-campaign surveys and conversations to tailor the door-to-door talking points for each community; the approach in a city that already leans pro-life (like Phoenix) will differ from that in life-hostile territory (like Denver).

The campaign has begun in 20 cities: Tacoma, Portland, (OR), Sacramento, Phoenix, Denver, Omaha, Dallas, the Twin Cities, Fairview Heights, IL/St. Louis, MO, Chicago, Jackson (MS), Indianapolis, Cincinnati, Atlanta, Rochester, Middletown, Allentown, Richmond, Port St. Lucie, and — last but certainly not least — my hometown of Naples, FL! SFLA is eager to expand to more cities. You can apply to add your community here, and abundant resources are available to help you get started.

This push could not come at a more urgent time. The Supreme Court has scheduled oral arguments in the Dobbs (15-week) case for December 1st, which we hope will open new doors for legislation to protect babies in the womb. We must be prepared for the inevitable pro-abortion backlash — and do everything we can publicize the assistance available for pregnant mothers in need, so no one ever feels that abortion is her only choice.