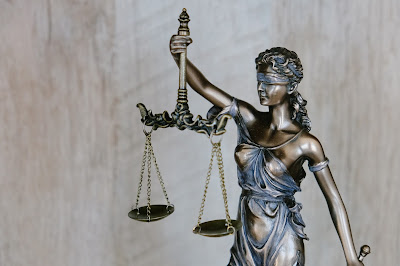 About a week ago as I write this, a pro-choicer tweeted to tell me that I grant women “fewer rights than a corpse.” Then the next day, another accused me in a tweet of “special pleading for embryos.” A few days after that another said, “Why do unborn people deserve special rights that no other human being has?” We get accused a lot of “special pleading,” or “special-rights pleading.”

Here I will give David Yim’s definition or description of the “special pleading fallacy” (and an example of a special-rights pleading fallacy would be a fallacious pleading for special rights). The bold was added by me:

One way to grasp the meaning of the special pleading fallacy is to focus on a general principle of fairness: We ought to treat individuals alike unless there is some relevant difference between them that merits the differential treatment. If there is no relevant difference between individuals, it would be unfair to treat them in dissimilar ways, especially if the differential treatment conferred a benefit on one, punished the other, or both.

One moral wrong that the special-rights pleading fallacy could bring about would be a reduction of rights for a particular group in a way that violates the principle of fairness, and that is what some pro-choicers accuse us of doing to women. Certainly, the fact that unfairness is a moral wrong is obvious to all. Jonathan Haidt and some associates, who do research in moral psychology, have said that when we are born, we already have in us “six moral foundations,” that is, concerns about six moral issues, and they list concerns about fairness (or “reciprocity”) as the second of the concerns. (Our specific opinions later in life about what is fair and what unfair will sometimes have been influenced by the culture we grew up in, but the fundamental concern that drives us to form one opinion or other is there at birth.)
His ideas about the innateness of the moral foundations are strongly reinforced by the moral-psychology research done by Paul Bloom at Yale. Bloom has studied the behavior of babies even as young as three months, and says that at birth, babies are endowed with compassion, empathy, and the beginnings of a sense of fairness. Those endowments are “part of our biological nature,” he says, and soon we can see the signs. “The earliest signs are the glimmerings of empathy and compassion,” but a sense of fairness comes soon enough; by sixteen months, babies prefer a puppet who is seen to act fairly.
So what more than anything gives special-rights pleading its bad name is that often, as Yim has explained, it advocates some kind of unfairness. If there is no unfairness in a certain public policy, you may call advocacy of the policy what you like, but it should not have a bad name on that ground. Are pro-life laws unfair?
If corpses had rights, and the organ “loan” proposed by demanding that a pregnancy be continued is equivalent to the organ donation proposed for a corpse, pro-life laws would indeed grant pregnant women less of a certain right than a corpse. (Regarding some legal misunderstandings that inhere when pro-choicers make the corpse comparison, see this article.) And pro-life laws would also grant pregnant mothers less of a certain right than an embryo that she carries, because we grant her embryo the right to use her body without her consent, since he or she needs the mother’s body in order to live, but would not grant the mother the right to take an organ from another person without that person’s consent, even if she needed some of that person’s body in order to live.
But still, does that mean that pro-life laws are unfair? The answer is very simple:
Under pro-life laws, everyone before they are born will have the right to use someone else’s body without consent, and everyone once they are born will lose that right. All are completely equal.
The third pro-choicer quoted above went on about “Special rights for ZEFs only.” But that pro-choicer is simply a grown-up ZEF, so all that that pro-choicer should really be saying is, “Under pro-life laws I would have enjoyed certain rights in my younger days that I wouldn’t be enjoying now.”
And everyone, once they’re a corpse, will be equally protected. All are completely equal. Unfairness means unequal rights or other unequal treatment between one person and another; it cannot mean simply differing rights at different stages of one’s own life, in a situation where all persons are in the same boat.
So in other words, when pro-choicers label pro-life laws “special rights,” they are really defining special rights to include “differential treatment between the young me and the grown-up me.” But since unfairness means unequal rights or other unequal treatment between one person and another, it’s clear that in a world where there may be differential treatment between the two me’s, but no differential treatment between me and any other person, there is no unfairness. And hence their definition of special rights is not a meaningful one.
Under pro-life laws, there are no special rights, at least not under any meaningful definition. There is no unfairness. Especially when we consider the neediness and defenselessness of unborn children, nothing could be fairer.
[Today’s guest post is by Acyutananda. If you would like to contribute a guest post, review our guidelines and email your submission to info@secularprolife.org for consideration. Photo credit: Tingey Injury Law Firm on Unsplash.]

No, This Peanuts Cartoon Is Not a Good Anti-Abortion Argument Abortion Lobbyists Admit Most Late Abortions Aren’t for Medical Reaso...
Scroll to top