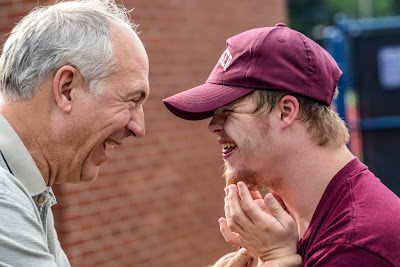 Merriam-Webster defines ableism as “discrimination or prejudice against individuals with disabilities.” It’s a term that gets thrown around as our society becomes increasingly aware of the ways that disabled people have historically been discriminated against. This includes everything from a lack of accessibility for those in wheelchairs to excluding those who look or act differently. I’m glad to see a growing awareness of the harms of ableism and the celebration of all people, regardless of their abilities. However, this understanding has unfortunately not been applied to babies with disabilities. Many people continue to view abortions based on prenatal screening tests as completely moral. How is this not also ableism?

Abortions of babies with Down Syndrome, according to prenatal tests, is on the rise in America along with other locations. The most extreme example is found in Iceland, where people with Down Syndrome are all but disappearing due to the practice of aborting babies with Down Syndrome. According to this 2017 CBS article, close to 100% of women who “who received a positive test for Down syndrome terminated their pregnancy.” This overemphasis on the health of children and choosing whether or not to keep a child has long been a concern, both inside and outside of pro-life circles. If parents are permitted to abort their less-than-“perfect” children, what does that say about the ableism prevalent in our society despite our efforts to remove it? If we are to truly make an equitable world that is inclusive of those with differing abilities, it must start with banning the abortion of babies due to their medical conditions.

Down Syndrome is only one example, of course; however, it is one of the most powerful. It is not life-threatening and there are a multitude of examples of men and women with Down Syndrome living healthy, fulfilling lives. Just this past year, Ellie Goldstein, a model with Down Syndrome, was featured on Vogue’s Italia website. However, a person should not have to prove their worth to society in order to earn the right to life. One does not have to be a “contributing member of society” in order to be alive. There are many ways to live a fulfilling life and impact others and they do not all involve the same thing. You would think that the current emphasis on stamping out ableism would put to rest some of these fallacies, but it has yet to do so definitively. Our society emphasizes accepting people for who they are but apparently only once they are considered worthy of being born.

However, there is hope on the horizon. A law has been upheld in Ohio prohibiting abortions based on a Down Syndrome diagnosis. Arizona recently followed suit with a law banning abortions based on a genetic abnormality, including Down Syndrome. However, legislation alone will not fix the problem. We need a culture shift. The current wave of accommodations and acknowledgement of the struggles of those with disabilities must extend to those in the womb to protect the most important right: life.