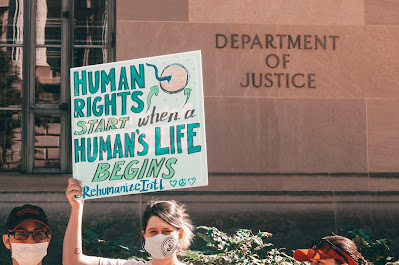 [Today’s guest author is Dr. Steve Jacobs, the Program Director of Illinois Right to Life. He received his J.D. from Northwestern University School of Law and his Ph.D. in Comparative Human Development from the University of Chicago. You can follow him on Twitter @DrSteveJacobs or contact him at steve@illinoisrighttolife.org.]

In 2019, my research on biologists’ understanding of when life begins gained media attention. [Read SPL’s overview of Dr. Jacobs’s research here.] Not long after, Dr. Nathan Nobis, a philosophy professor of Morehouse College, posted a blog on his abortion advocacy website critiquing my work, and recently Secular Pro-Life asked me to respond to the piece. Here are some of my thoughts.

Dr. Nobis opined that “When does life begin?” and “Are fetuses human?” are “bad,” if not “dumb,” questions. He asserted that those who deny fetuses’ humanity do not believe that “fetuses aren’t biologically human” but “mean that [fetuses] don’t have what are often considered ‘human’ traits, like understanding and feeling and reason and the like.” That might well be the case but, despite quoting my research and linking to my dissertation, he failed to reference the data within that casts doubt on his belief.

They were also asked: “Based on your understanding of biology, from a biological perspective, when does a human’s life begin?” Again, only 23% of pro-choice participants selected fertilization.

Dr. Nobis suggests that people know fetuses are biological humans. Yet when they were directly asked about this issue, most pro-choice Americans suggested our biological lives don’t begin until viability or birth. Similarly, they predicted biologists would not agree that a human’s biological life begins at fertilization.

Many polls and studies have shown that pro-choice and pro-life Americans disagree on when a human’s life begins. In one recent national poll, only 9% of young Democrats said that they believe human life begins at conception, compared to 51% of young Republicans. In my dissertation, I presented numerous linear regression models that reveal views on when life begins to be a stronger predictor of abortion attitudes than gender, religious identity, beliefs about sexual morality, and even one’s political ideology.

As has been similarly shown by the work and very existence of Secular Pro-Life, the models suggest that a feminist atheist who recognizes a fetus as a human is more likely to support abortion restrictions than an anti-feminist Catholic who believes a human’s life begins at birth. This is so because the humanity of fetuses has been and continues to be the central factor in people’s views on the morality and legality of elective abortion access.

If a fetus is not a human, then abortion restrictions stop women from having a basic, harmless medical procedure.

If a fetus is a human, then each abortion kills a human and is a presumptively punishable crime without an affirmative legal defense.

Dr. Nobis and other abortion advocates seek to complicate the issue by moving the goalposts from humanity to personhood. In my research, I found that Americans rejected this distinction, as 93% stated that a human’s life is protectable once it has begun and 96% stated that all humans deserve rights and all humans are equally deserving of rights. Indeed, a legal review of the distinction between “human” and “person,” within the meaning of the U.S. Constitution, made it clear that there is none.

19th-century U.S. Senators responsible for the passage and ratification of the Fourteenth Amendment, which guarantees equal protection to all persons within the United States, and Supreme Court Justices responsible for interpreting the amendment have stated that all humans are persons under the Constitution. In the landmark abortion case Roe v. Wade, Justices who established abortion as a constitutional right said that if it is shown that fetuses are persons then they would be guaranteed constitutional protections, and abortion rights would collapse. [See SPL post “Why did people laugh during Roe v Wade?”] In the Supreme Court case Webster v. Reproductive Health Services, the Court made it clear that if there is not “a fundamental and well-recognized difference between a fetus and a human being” then “the permissibility of terminating the life of the fetus could scarcely be left to the will of the state legislatures” as the Fourteenth Amendment would guarantee fetal rights. The Court does not draw distinctions between humans and persons.

It’s no great mystery why abortion advocates deny or downplay the significance of the question of when a human’s life begins. Equality dictates that all humans equally deserve legal protection, and virtually all criminal codes show that there is no liberty right to kill a human (as the right to life is seen as a higher, more fundamental right since one cannot have liberty without life and since there are fewer exceptions to the right to life than the right to liberty). Thus, establishing a fetus as a human invariably leads to the conclusions that (1) fetuses deserve equal legal protections and equal rights and (2) there cannot be a liberty right to elective abortion. Abortion advocates have known this since the 1970s.

When pro-choice Americans were asked what would happen if the biological fact that a human’s life begins at fertilization were to become common knowledge, 90% believed abortion rates would go down and 83% believed that support for legal abortion access would go down. These results suggest that pro-choice Americans realize the question of when a human’s life begins is not a bad or dumb question: it is the fundamental question of the abortion debate.