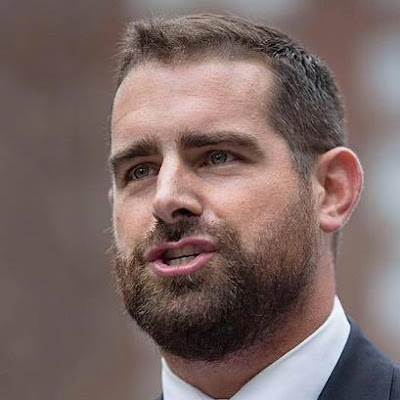 Remember two years ago, when a state legislator tried to doxx pro-life teenagers, on camera? His name is Brian Sims, and earlier this week he announced his candidacy for Lieutenant Governor of Pennsylvania on a message of — get a load of this — “kindness, equity, and justice.”

In 2019, PA State Rep @BrianSimsPA offered his followers $100 if they were able to identify three TEEN girls he was filming & harassing as they quietly prayed outside of Planned Parenthood

Dude’s a creep who offered money for people to identify private citizens praying and went after two underage @StudentsforLife girls who were pro-life.

And now he wants to be Lieutenant governor of Pennsylvania. https://t.co/zmhN9AtEjC

Maria V. Gallagher, legislative director of the Pennsylvania Pro-Life Federation, an affiliate of National Right to Life, told LifeNews: “The representative harassed, intimidated, and tried to doxx teenage girls, along with a senior citizen. His bullying behavior flies in the face of the compassion toward women and girls we want to see from our elected officials in Pennsylvania.”

It’s a safe bet that someone with such animosity toward pro-life constituents will do nothing to hold the abortion industry accountable. We know exactly what happens when abortion extremists dominate Pennsylvania politics: they look the other way, and you get butchers like Kermit Gosnell.

Like me, Brian Sims is an atheist. I’m usually pleased to see atheists and agnostics run for office, even when I don’t agree with them on everything; for example, Austin Petersen had my support even though I am not a libertarian. Not this time. Brian Sims’ conduct is thoroughly disqualifying.

By the by, if you’re a Pennsylvanian, there’s still plenty of time to challenge Sims in the Democratic primary. Democrats for Life of America is an excellent resource for candidates!