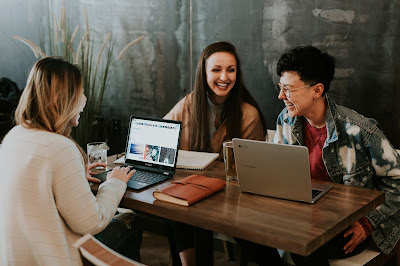 Scene: You’re at work. Coworker A starts casually repeating pro-choice talking points to Coworker B, clearly in earshot of you and several other coworkers. Coworker B agrees politely, though doesn’t seem particularly invested in the conversation. They commiserate on their general dislike of pro-lifers and their perceptions of the weaknesses in pro-life arguments. None of the other coworkers participate. How, if it all, do you respond? And why would you respond the way you do?

Here are a few of our favorite responses.

Michael W.: “Would you be surprised to learn I’m pro-life?” They usually are. Then they tell you about their misconceptions of pro-lifers (how they’re “not like you”) and you can politely shoot them down one by one.

Patty J.: I am the only pro-lifer at my workplace. Some co-workers are more open-minded than others. This issue (and many other leftist political issues) come up a lot. I pick and choose my battles and consider how these battles will impact the work environment. Luckily I am respected professionally so my differing views don’t lead to harassment.

Sophie T.: I’ve never existed in the same universe as shy, so I’d approach them and out myself as pro-life. I’d then try to engage them, but especially Coworker B, in conversation about what being pro-life really means to me and debunk some of the stereotypes. It’s hard to hate and fear people if you actually know them, if they’re names, faces, and personalities instead of just an ideology. Just like the pro-choicers always say you probably know someone who has had an abortion, everyone knows somebody who’s pro-life.

Nat K.: I’ve been in these shoes. I simply said “I believe life begins at conception and the government’s primary job is to protect life. In order to change my mind, you have to draw a hard line between conception and death where life actually begins.” Nobody ever has.

Sarah F.: This actually happened once, in a setting where getting into a big argument would have been a huge problem. I didn’t say anything because I was afraid that once I got started I would actually start screaming at them (I was pregnant at the time, and they knew it).

No Termination Without Representation: I would close my eyes and meditate till I felt ready for a calm and powerful response.

Melissa M.: Depends greatly on the dynamics and personalities involved in the scenario. A lot of the time I hear people talking about abortion in public, they’re feeling troll-y and angling for a spat. Not a great use of time and energy to chase that rabbit.

Rachel S.: “I’m pro-life!” Most are too passive to actually take up debate with you, especially at work. If they do, the easiest way to address any untrue/feeble opinions about a group of people is to say, “but I fit under that ideology, and I don’t think that. This is what I, and friends like me actually think,” and continue from there.

Nicole C.: I’d probably point out that this kind of conversation is NOT work appropriate. I’d mention that I am pro-life and would gladly have a conversation OUTSIDE work sometime if they wanna go over pro-life arguments but NOT at work.

Lauren M.: Sometimes I don’t outright speak against, I’ll engage in a conversation based on common ground issues, or I’ll say I consider myself a “pro-life feminist”, or something along those lines, which often brings on intrigue rather than disdain. It kinda depends on the vibe, however I will almost always respond in some way and ultimately bring it back to women deserve the world to wholly embrace our biology rather than convince us to follow male biological standards ingrained in society. Also, focusing on contraception is a big common ground!

Nicole P.: I’d let it slip at some point that I volunteer at a pregnancy center while at work one day. Then I’d mention all the amazing pro life things the center does.

What to Watch for on Election Day