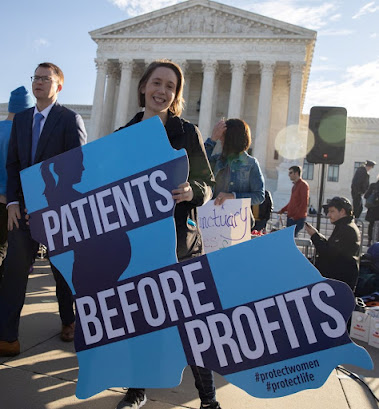 When the people of the Pelican State hit the polls on November 3, the first amendment on our ballot will be a pro-life measure ensuring that no right to abortion or government funding of abortion can be found in the state’s constitution. The new tactic of law firms representing the abortion-industrial complex is to petition state courts to find a right to abortion in the state’s foundational legal document. For example, just last year, the Kansas Supreme Court ruled that the right to terminate pregnancies is inherent in its state constitution, meaning that abortion will remain fully legal even if Roe v. Wade is overturned and leaving no right to appeal. About a dozen other states are caught in the same judicially imposed trap. Louisiana has had a trigger law on the books since June of 2006, meaning that if Roe is overturned, abortion will automatically be banned. But if a Louisiana court finds a right to abortion in our state’s constitution, the trigger law could be rendered null and void. That is why it is vital that Louisianians vote yes to Amendment 1 on November 3.

The Love Life amendment was authored by state senator Katrina Jackson (D-Monroe), a powerhouse in the pro-life Democratic movement, and her colleague Sen. Beth Mizel (R-Franklinton). The amendment reads in full: “To protect human life, nothing in this constitution shall be construed to secure or protect a right to abortion or require the funding of abortion.” You can read the complete legislation authorizing the ballot measure here. The amendment has been endorsed by the U.S. Conference of Catholic Bishops, both U.S. senators from Louisiana, Louisiana Right to Life, and several other faith communities.

The Love Life amendment is expected to pass in Louisiana, as the pro-life movement in our state is strong and uniquely bipartisan. Louisiana is the only state with a pro-life Democratic governor, Jon Bel Edwards, and other leaders like Sen. Katrina Jackson who stand for the rights of unborn children as well as more traditionally Democratic issues such as Medicaid expansion and racial justice.

In addition to ensuring that the most valuable and fundamental right to life for all humans is enshrined in the Louisiana constitution, the Love Life amendment also prohibits taxpayer funding of abortions. Although the Democratic Party is pushing for taxpayer funding of abortion, it’s an unpopular cause; multiple polls demonstrate that the majority of Americans do not want their tax dollars going toward the killing of unborn children. Passing the Love Life amendment is important not only to protect pregnant people and preborn children here in Louisiana, but also to demonstrate the power of pro-life Democrats. If the pro-life Democrats in Louisiana join with Republican counterparts to affirm that our constitution values preborn life, the Democratic Party may realize that using extreme pro-abortion ideology as a litmus test is a losing issue.

TJ Burgess, a self-identified pro-life Democrat and Louisiana college student, explains his reasons for supporting Amendment 1: “As a college student, I’m proud to support the Love Life Amendment, which will ensure that abortion giants don’t profit off of young students who are in desperate need of life-affirming resources and care. The abortion industry is terrified of losing millions of dollars because Louisiana is becoming a more pro-life, life-affirming state, but that’s why it is vital to pass this amendment and provide support to pregnant people.”

President of student group Nicholls for Life and self-described progressive pro-life feminist Rebecca Beyer says: “I fully support this amendment as a vital step toward creating a holistic culture of life. I hope that this will set a trajectory in the right direction towards a state and country and world in which all human life is valued and protected.”

Long-time Louisiana pro-life activist Ashlen Sandoz says, “The Love Life amendment is important to support because it seeks to change our laws to recognize the humanity of a group of people who is being dehuamanized. As someone who believes in more progressive ideas, I know that a right cannot be granted by taking away the rights of a vulnerable population.”