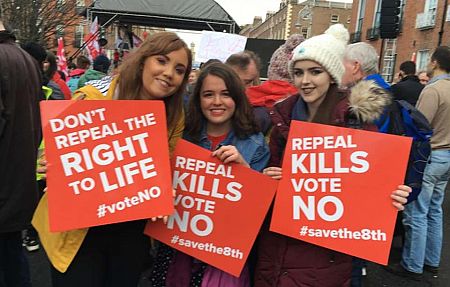 In May of 2018, Ireland tragically repealed the Eighth Amendment from its constitution, which had protected the right to life for children in the womb. The Irish abortion industry began operating in January of last year. About a month ago, the first official statistics showing the impact of repeal were released. Not surprisingly, Ireland experienced a surge in abortions:

This report indicates that 6,666 abortions took place in Ireland, and an additional 375 Irish women obtained abortions in England, for a total of 7,041 abortions in 2019. By comparison, in 2018, only 2,879 abortions were performed on Irish women, and the vast majority took place outside the country.
After abortion was legalized, then, the number of abortions in Ireland increased by nearly 150 percent.

Those numbers are plain enough: abortion activists in Ireland are responsible for the preventable deaths of 4,162 unborn children. But today, I’d like to dig a little deeper into the report and spotlight a few aspects that did not receive as much attention in the initial round of news coverage.
1. Only 24 abortions — a third of a percent — were done for the mother’s life or health. Of those, only three abortions were done “in an emergency.” This result is not terribly surprising; we know from the experience of other pro-abortion countries, like the United States, that the vast majority of abortions are done for elective, non-medical reasons. But it makes the Irish abortion movement’s exploitation of Savita Halappanavar’s death that much worse.
2. The number of abortions varied a fair amount by month. I had never before seen a report from the United States, or any other country, breaking down its abortion data by month. Ireland may be unique in this regard. (Correct me in the comments if I’m wrong.) Below, I adjust for the number of days per month to show the relative likelihood of Irish mothers aborting their children in a given month:
With such a small sample size, it’s hard to know what these statistics mean. Irish pregnancy centers, sidewalk counselors, and other pro-life advocates should keep an eye on this data to see if any patterns emerge.
3. What about the abortion rate? Raw numbers like those in the Irish report only take you so far. To truly follow trends from year to year, and see what policies are succeeding and which are failing, you need to look at rates. Two key statistics are (1) the percentage of pregnancies ending in abortion and (2) the number of abortions per 1,000 women of reproductive age, typically defined as 15 to 44. I was unable to find the number of pregnancies in Ireland last year, so I can’t recreate the first statistic. The number of Irish women of reproductive age, however, is available: 939,866. (That’s as of 2016, but I have no reason to think 2019 is substantially different.)
With 7,041 abortions in 2019, the Irish abortion rate is thus 7.49 per 1,000 women of reproductive age. To give our American readers some context, that puts Ireland’s abortion rate between those of Alabama (6.4) and North Dakota (7.9).
[Image Credit: Precious Life]

Introducing the Society for Ethical Research