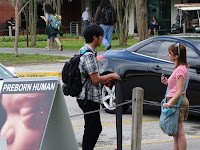 We asked our social media followers: “Are you close to pro-choice people? Do you talk about abortion with them? If so, how does it go?” We were flooded with responses. Here’s a sampling.


Colleen A.: A few. We don’t tend to get into a lot of direct discussion about it. But where I’ve had most success is when they go on a rant with horrible stereotypes of pro-lifers, and I just speak up and say, “You know ME, and I’m pro-life. You know I’m not like that. So why would you say things like this?” Sometimes the best I get is “The pro-life movement needs more people like you,” which is at least the start of a win.


Linda K.: Most everyone in what I would call my larger circle identify as pro-choice. I have a small circle of people I trust, and we share privately. We talk about how we can make this world kinder to mothers and babies. As a woman born with a disability, I share my thoughts on how choice and eugenics intersect. I have had some civil and generative conversations with pro-choice friends.


Katherine A.: I am close with pro-choice people, but we don’t talk about it because they refuse to believe the CDC statistics about why women get abortions and insist that no woman ever has an abortion for financial reasons or because her partner or family are pressuring her or even the number of elective abortions that occur. It’s hard to have a conversation when people refuse to accept health care data from reputable sources.

Jack V.: I’m pretty far left on everything but abortion and guns and as such most of my close friends are far left too. Typically it just turns to me pointing out the hypocrisy of our side being the bleeding hearts yet they won’t care for the unborn. And of course they reply with the it’s not a baby bullshit and we never really get anywhere. I’ve almost convinced two of them though; hopefully I get there one day.


Carmen P.: Tell you the truth, I don’t have many friends that are pro-choice because it’s such a huge divide. I feel that their paradigm is completely different than mine.

Leette E.: I am. Several of my family members are strongly pro-choice and I find that typically they don’t want to engage with people who have opposing views myself included. Usually this is because they don’t want to be confronted with the horrible truth of abortion and know they can’t get away with the typical “misogyny! Woman hating! Anti-choice!” arguments that they would with people they don’t know. It’s easy to fling insults at someone you don’t love. So we don’t talk about it as often as I’d like.

Katherine J.: [My conversations are] often better than expected. Often the stumbling block is how a child so small and undeveloped could be considered alive. Other stumbling blocks are the mother’s unchosen suffering (especially in cases of rape) and the fear of being considered to be forcing their beliefs on others.

Candace R.: We talk occasionally. Minds aren’t changed, but we all are very caring people who want good things for mothers and babies. I try to focus my energy on fixing the causes of abortion instead of abortion laws.

Caren G.: I don’t bring it up. A couple of close coworker friends assumed because I am rather feminist and progressive that I am also pro-choice. They were talking about some pro choice movie they loved. I recommend they watch Unplanned. I can’t remember exactly how it came out that I am pro-life… but I did flat out say it. I said “I’m pro all life.” I love and respect all life… animals, the planet and especially humans. I said that if I have a chicken who has started sitting on eggs then abandons some — I try everything I can to incubate and save them… because even their little unhatched chicken lives matter to me. So much more the human baby ones. They said… “well at least you’re consistent” and were very nice about it spite of their strong views.

Jazminn J.: Most of my friends are pro-choice but unfortunately many of them including family just think I’m the most hateful person ever even if I don’t talk about it. It’s always a huge thing if I make ONE pro-life post.

Carissa E.: I get tired of the same old “digs” at pro-lifers from my so-called “progressive” friends. They say we don’t care about black lives, immigrants, women, science, etc… We care about giving zygotes more rights than living human beings. So annoying. I usually just politely suggest they look at this group or New Wave Feminists to see all the good pro-life people do and what we actually believe, which is that all life matters, from womb to tomb.

Eden M.: I’m in Canada where the pro-choice position is an extremely strong cultural default, so you’re bound to end up close to pro-choice people wherever you go. Most of the pro-choice friends I talk to are respectful and thoughtful (otherwise we wouldn’t be friends!). Same with pro-choice family. We even agree on most of the relevant facts surrounding abortion, including the fact that ZEFs are human organisms. The difference is that I believe that fact has moral weight and should affect our treatment of sex and pregnancy, and they do not. I have never heard a pro-choice friend address that fact in a way I found adequate, other than to wave it off. As in “Yes, technically a ZEF is a human, but…” in the same way you would say, “Yes, technically a tomato is not a vegetable, but…” There are other differences, but I find they trickle down from this big one.

Morgan S.: It goes how it has always gone, for 35+ years now: they write me off as an “extremist,” they don’t want to hear what I have to say. I consider myself a rational, science-based, pro-life feminist (NO contradiction in this for me) who sees abortion as a symptom of overt social injustice, but they just dismiss me. That’s why I tend to talk about other topics at this point; I am bone-tired.

Kristina A.: I’m literally the only one in my entire close circle of family and friends (well, spare one or two). If I had a dollar for every time I heard that pro-life people are crazy or stupid “but not you Kris…” I’d be rich.

We asked, you answered: why did you convert from being pro-choice to pro-life?

We asked, you answered: How has the pandemic impacted your abortion views? 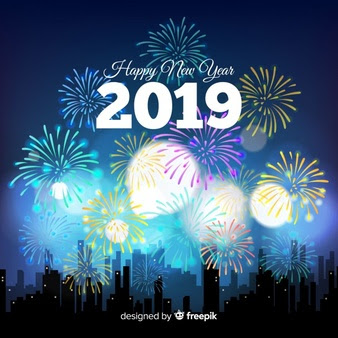 We asked, you answered: What would you do to save lives if you won the lottery?

We asked, you answered: Is abortion comparable to the Holocaust?

Interview with a secular sidewalk counselor
Scroll to top